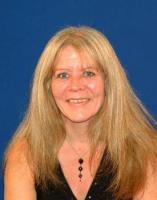 I studied for my BSc in the Mathematics Department here at York university and graduated in 1988.

I continued with a PhD in the Mathematics Department here and my thesis was on  "Bivariational methods and their application to nonlinear boundary value problems" .

After graduating with my PhD in 1992, I was offered a research post in the Electronics Department here at York in January 1993. I continued as a researcher (on various projects) until summer 2006.

In August 2006, I became a lecturer in the Electronics Department here at York and became Senior Lecturer in 2015.

I currently teach foundation year mathematics, a second year course in Numerical Methods and an MSc course on Mathematics for Signal Processing

My most recent research is on two projects. The first project is called "Protecting Young People on Social Networking Sites by the Detection of Psychopathy in Voice Recordings" and the aim is to detect differences in the voices of psychopaths compared to people who are not psychopaths. The second project analyses voices of people who give TV appeals for the return of their loved ones. This project is aiming to find differences in the voices of those people who are actually guilty of the murder of their relative. Both these projects are in collaboration with the world leader on research in psychopathy, Sir Robert Hare and Prof Cynthia McDougall who is an expert in the psychology of psychopaths.