My research is situated in the intersection between existential phenomenology and the philosophy of psychiatry and psychology, with a particular focus on phenomenological interpretations of affect and the way in which emotions modify temporal experience.

My current project is a phenomenological interpretation of the emotional experience of grief, focusing in particular on the way in which grief temporalises; the interplay of presence and absence; and the intersubjective relationships between the living and the dead.

Ongoing projects include: research into theories of affect in the work of Scheler, Heidegger, Bollnow, and Schmitz; a reconstruction of Heidegger’s history of the philosophy of time; and a comparative study between Heidegger and Nishitani’s differentiation between relative and absolute nothingness.

Hughes, Emily (2020) ‘Heidegger and the Radical Temporalities of Fundamental Attunements,’ in Philosophy, Psychiatry, and Psychology, 27 (3), 223–225. 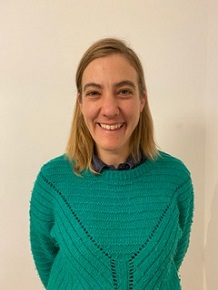