Her research and teaching focus on early modern philosophy and history of political thought, with particular interested in Locke, Hobbes and the Natural Law tradition.

Elisabeth’s research focuses mainly on the history of political thought, with a special focus on the Early Modern period and the relationship between theology and political thought. She is particularly interested in the crucial shift in the moral philosophy, through the revival of the Natural Law tradition.

She has recently completed her PhD on John Locke, in which she defended a thesis that his conception of the human reason is more aligned with Platonism than the instrumentalist conception introduced into the 17th century by Thomas Hobbes.

Elisabeth is currently working on the relationship between Hobbes and Locke’s theology and conception of God. In particular, she is interested in how that would have informed their political thought with regards to the outcome of their respective conception and justification of political authority and legitimacy.

She is also currently looking at some theological implications of Locke’s epistemology, including his concept of ‘thinking matter’.

Elisabeth’s further research interests include the roots of the Natural Law tradition in particular in Philo of Alexandria and the revival of Platonism in the 17th century, as seen in the often overlooked Cambridge Platonists.

She is currently co-authoring a chapter together with Tom Stoneham for a new Rutledge volume on Locke entitled The Lockean Mind (edited by Jessica Gordon-Roth and Shelley Weinberg). The chapter is entitled ‘Locke on Cognitive Bias: Of the Conduct of the Understanding and diseases of the mind’ and is due to be completed during Spring 2018.

Elisabeth is also the project manager for the AHRC funded research network entitled ‘Reason, Right and Revolution: Practical philosophy from Kant to Hegel’. The network is based at the University of York in collaboration with Xavier University, Cincinnati. See www.reasonrightrevolution.com 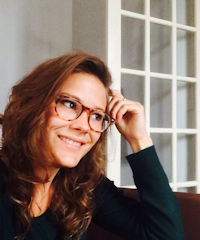