Catherine Wilson was Anniversary Professor of Philosophy at the University of York from 2012-2018 and is currently Emeritus Professor of the Department. Her ongoing research is centred on early modern philosophy in relation to the physical and life sciences of the 17th and 18th centuries. Her best-known books include Leibniz’s Metaphysics: A Historical and Comparative Study (1989); The Invisible World (1995); Epicureanism at the Origins of Modernity (2008); and a book for the lay reader, How to Be an Epicurean (2018).  Forthcoming in 2022 is Kant and the Naturalistic Turn of 18th Century Philosophy, which interprets Kant’s metaphysics as a reaction against the radical empiricism and egalitarianism of major and minor figures of the Enlightenment in France and Germany.

Wilson has maintained a long-standing interest in visuality and the imagination and has engaged with current approaches in neurophilosophy, writing on the aesthetic appreciation of nature and on the psychological and perceptual mechanisms underlying aesthetic responsiveness to literary fictions as well as to the visual arts. As part of her commitment to naturalistic approaches to some philosophical problems, she has also researched and taught courses on the theme of evolution and ethics and suggested new ways of understanding moral progress without commitment to moral realism, on analogy with pragmatist and empiricist accounts of scientific progress. A new research project will tackle the issue of trust and mistrust of science and its epistemic and moral bases.

Wilson has been the recipient of number of grants and fellowships, including the National Endowment for the Humanities, the Alexander von Humboldt Stiftung, and the Social Sciences and Humanities Research Council of Canada. She was a Visiting Fellow of Trinity College, Cambridge (2004-5), of the Institute of Philosophy in London (2013); of All Souls College, Oxford (2017), and of the Wissenschaftskolleg zu Berlin in 2018. In addition to holding academic posts in the USA, Canada, and England, she served as Regius Professor of Moral Philosophy at the University of Aberdeen from 2009-2012.  She was elected President of the Mind Association of Great Britain in 2015-6 and has been a Fellow of the Royal Society of Canada since 2003.

She is currently based in Berlin.

Kant and the Naturalistic Turn of 18th Century Philosophy, OUP, Oxford, forthcoming, May 2022.

‘The Dual Legacy of Leibniz’s Theory of Appetite. ’ In The Concept of Drive in Classical German Philosophy, ed. Manja Kisner and Joerg Noller, Palgrave Macmillan, 2022, 11-38.

'The Image of the Human Being in the Comte de Buffon.' To appear in Humankind and Humanity in the Philosophy of the Enlightenment: From Montesquieu to Kant, edited by Stefanie Buchenau and Ansgar Lyssy, Bloomsbury, 2022.

‚Science in the Crosshairs.' To appear in Moti Mizrahi, ed., Scientism: For and Against, Rowan and Littlefied, 2022.

'The Human Sciences and the 'Theory of Women.' To appear in Anjan Chakravartty, ed. Science and Humanism.

'Kant's Promise of a Scientific Metaphysics and the Empiricists' Challenge.'  To appear in Metaphysics as a Science in Classical German Philosophy, ed. Robb Dunphy. 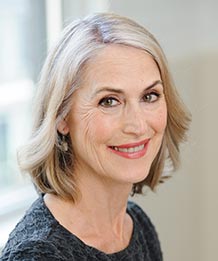