Two in the year's 10 biggest stories 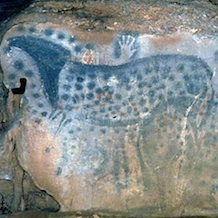 At this time of year researchers look back over the year, and often they make lists of the top research of the year.  Researchers from Palaeo appear in two such lists.