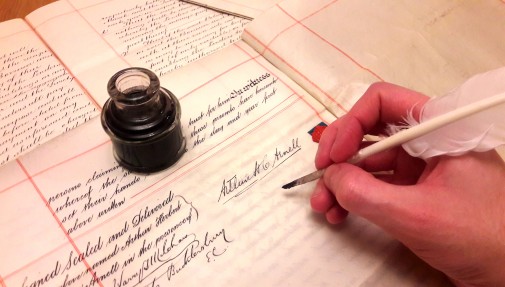 The study suggests the structure of sheepskin made attempts to remove or modify text obvious.