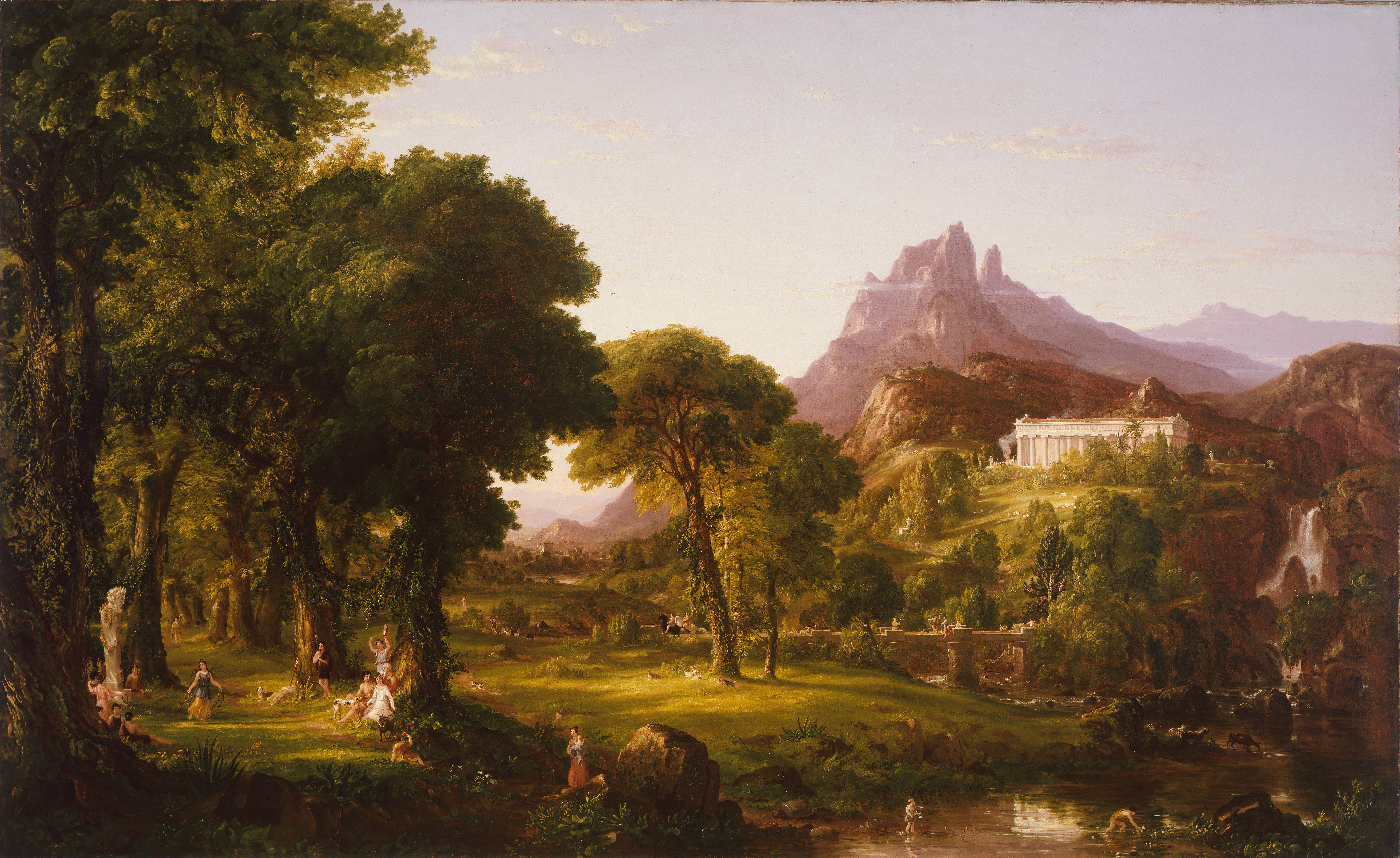 In his lecture Tim will discuss an exhibition he is curating with colleagues at the Metropolitan Museum of Art, New York and the National Gallery, London, which explores the life of the British born painter Thomas Cole.  Cole travelled to America aged 17 in 1819 and became the founder of American landscape painting. In 1829, he returned to England and met Constable and Turner, before visiting Italy and returning, once again, to the Hudson River valley. The impact of these Atlantic crossings has not hitherto been fully explored.

Speaker biography: Tim Barringer is Paul Mellon Professor of the History of Art at Yale University. His books include Reading the Pre-Raphaelites (1999; new edition, 2012)and Men at Work: Art and Labour in Victorian Britain (2005). With colleagues he co-authored American Sublime, and co-edited Colonialism and the Object, Art and the British Empire, Writing the Pre-Raphaelites and Art and Emancipation in Jamaica.  Co-edited collections of essays Viewing Platform: Perspectives on the Panorama and Victorian Jamaica are in press. He is currently completing a book Broken Pastoral: Art and Music in Britain, Gothic Revival to Punk Rock and was co-curator of Pre-Raphaelites: Victorian Avant-Garde (Tate, 2012, Washington 2013) and of Pastures Green and Dark, Satanic Mills (Norton Museum; Frick, Pittsburgh; Princeton University Art Gallery, 2015).

He is co-curator, with Elizabeth Kornhauser, of Thomas Cole’s Journey: Atlantic Crossings (Metropolitan Museum of Art, New York and National Gallery, London, 2018). He has contributed to a wide range of publications including David Hockney: A Bigger Picture and Rubens and his Influence, both recent exhibition catalogues produced by the Royal Academy of Arts. In 2009 he was Slade Professor of the History of Art at the University of Cambridge.