Home>News and events>Events>Open lectures>Summer 2016>NO FUTURE! Excavating the Sex Pistols 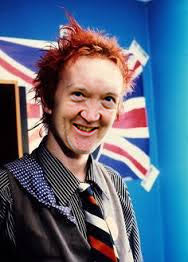 NO FUTURE! Excavating the Sex Pistols

Forty years ago the Sex Pistols were headline news. They managed to offend or upset just about everybody who was not, like them, punks. They poured scorn on a society that was already crumbling around the edges. They mocked the Jubilee in 1977 and promoted ‘anarchy in the UK’, pronouncing that there was ‘no future in England’s dreaming’. They didn’t think a lot of the past either, their music and fashion sense deliberately and provocatively countering all that had gone before.

So it was that in 2010, John Schofield, with another archaeologist (Paul Graves-Brown), documented and then wrote about some artworks made by the band during their time living in Denmark Street in London’s Soho, under the ‘guidance’ of Svengali manager Malcolm McLaren. Publication in a leading archaeological journal followed, as did an appearance on the BBC evening news and on the front pages of most leading newspapers. The story, as they say, went viral, largely in view of the direct comparison drawn between the significance of these artworks and prehistoric cave paintings. In this talk John Schofield will return to this earlier controversy to once again discuss the Sex Pistols and their cultural contribution, as well as the reaction to this archaeological investigation. He will also reveal what John Lydon (aka Johnny Rotten) thinks of it all. He will ask whether something so recent can be of archaeological interest, and how the heritage sector might treat such works – on a par with the best listed buildings, or as mere graffiti?

The talk forms part of an evening event themed around the Sex Pistols. Local band ‘Sherbet Flies’, whose live shows and new album No New Yorkshire capture some of the energy and the spirit of punk, will perform after the lecture; a special beer (‘Rotten Ale’ - brewed by Half Moon Brewery) will be available at the drinks reception; and photographs of the artworks and a short film will be shown, the latter in the University’s 3Sixty immersive exhibition space.  Guests are encouraged to dress for the occasion!

Speaker biography:  Professor John Schofield is Head of the Archaeology Department at the University of York where he teaches archaeology and cultural heritage management. His research is focused on the contributions archaeology can make to understanding the so-called familiar world around us, and the cultural heritage of the contemporary past. Recent projects include studies of a former red-light district in Malta, Berlin after the fall of the Wall in 1989, the Nevada Nuclear Test Site, and artworks left in a London flat by members of punk band The Sex Pistols. John is a member of the Chartered Institute for Archaeologists and a Fellow of the Society of Antiquaries of London.

Each Research in Focus event is followed by a drinks reception, a photographic exhibition and a 3Sixty immersive installation in the Ron Cooke Hub.