Home>News and events>Events>Open lectures>Spring 2017>We believe (think, plan), but who are ‘we’? 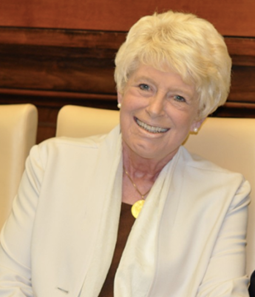 In everyday life, we, as individuals, often speak in the plural referring to a ‘We’. People say: we had lunch together, we went on holiday together, we wrote a book together, we had the same opinion about that, and so forth. This ‘we’ is a term whose referent remains unspecified but its reality is taken for granted. If one asks subjects to say what constitutes this ‘we’ they talk about, they usually indicate a number of individuals (or give a list of names), including themselves. Thus, in ordinary language, use of the ‘we’ appears to refer to an aggregate of people, seemingly wanting, doing or thinking the same thing. However, quotidian use also implies more than that; when a couple says ‘we want…’ they mean something more than ‘our personal wants happen to coincide’.

Most philosophers and social scientists agree that the ‘we’ cannot be a simple aggregate of individuals who are supposed to share an idea, an action or a purpose. Yet, when they try to give an explanation of what lies behind the ‘we’, they also differ greatly in their accounts of it. Analytical philosophers, such as John Searle, Margaret Gilbert and Raimo Tuomela, have spent twenty years trying to vindicate a concept of the ‘We’, one that gives rise to commitment, cooperation and collective action; one that also generates deontic rights: obligations, permissions, duties etc. Uniformly, they have worked on different versions of shared intentionality, best illustrated by Searle’s‘we-thinking’ (the same thoughts are inside two different heads). Whilst Professor Archer seeks the same as they do from the ‘we’ – commitment, cooperation and collective action – she changes the focus.

Instead, she argues that relationships are ontologically real and have emergent properties and powers: properties such as trust, concerns and reciprocity; powers to generate ‘relational goods’ and ‘relational evils’. ‘We-ness’ derives from subjects’ reflexive orientations towards these emergent relational ‘goods’ and ‘evils’ that they themselves generate. Only their object is the same, their thoughts about it may be quite different. But, their orientation towards the effects of their relationality affects their actions in a couple, a work group, sport’s team, orchestra, voluntary association or social movement (without ‘we thinking’, because in each head is one set of thoughts and the two – or more – sets  will not be identical). This relational ‘we-ness’ – and its expansion – is seen as the source of voluntary organizations, of civil society and, ultimately, of the Common Good, all of which are emergents.

Margaret S. Archer studied at the London School of Economics and as a post-doc at the Ecole Pratique des Hautes Etudes, Paris, also working with Pierre Bourdieu. She first developed her ‘morphogenetic  approach’ in Social Origins of Educational Systems (1979 re-printed 2013). She was Professor of Sociology at the University of Warwick from 1979 until 2010, writing and editing over forty books, including The Reflexive Imperative in Late Modernity (2012), Making our Way through the World: Human Reflexivity and Social Mobility (2007), Structure, Agency and the Internal Conversation (2003), Being Human: The Problem of Agency (2000) and Realist Social Theory: The Morphogenetic Approach (1995). In 2011 she became Professor of Social Theory at École Polytechnique Fédérale de Lausanne and Directrice of its Centre d’Ontologie Sociale. She continues to develop her ‘Morphogenetic Approach’ as the explanatory framework of Critical Realism’s social ontology. The Centre’s main project is exploring ‘the Morphogenic Society’ as a possible future for late modernity, in a book Series edited for Springer. She was President of the International Sociological Association (1986-90); a Trustee of the Centre for Critical Realism; a founding member of FAcSS; the British Nominee for the Balzan Prize, 2013; and a founder member of the Pontifical Academy of Social Sciences, becoming its President in 2014.