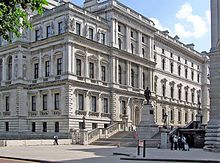 Since the launch of the Preventing Sexual Violence Initiative (PSVI) in May 2012, the United Kingdom has positioned itself as a global champion for the eradication of wartime sexual violence. Through diplomatic pressure, United Nations Security Council resolutions, expanded funding, the development of international guidelines, expert training and deployments, and wide public engagement, the UK (and in particular then-Foreign Secretary William Hague and UN Special Envoy Angelina Jolie) has concentrated attention on the issue, and become a major actor in the international Women, Peace and Security agenda in the process.

Dr Kirby examines the PSVI as an exercise in governing in three senses: first, as a set of techniques for controlling and regulating the war zone. Whilst there is some evidence to support the claim that the PSVI is part of a wider move to 'securitise' sexual violence, he contrasts this security logic to the PSVI's parallel embrace of liberal world order thinking, and in particular its endorsement of international legal mechanisms. Second, he explores how PSVI governs by shaping the regime of expertise about wartime sexual violence. Through its International Protocol on Documentation and Investigation and its consistent recognition of sexual violence against men and boys, the PSVI has partially reformed what sexual violence is understood to be in the sphere of global governance. Third, he will show how the PSVI has also re-articulated the conceptual border between wartime and peacetime sexual violence, traceable most clearly in the gap between its foreign and domestic policy approaches.

Although Dr Kirby concludes that the PSVI is a more fragmented and contingent policy than is usually supposed, the different aspects of the Initiative also have implications for critical and feminist security studies, and for the global politics of gender security to come.