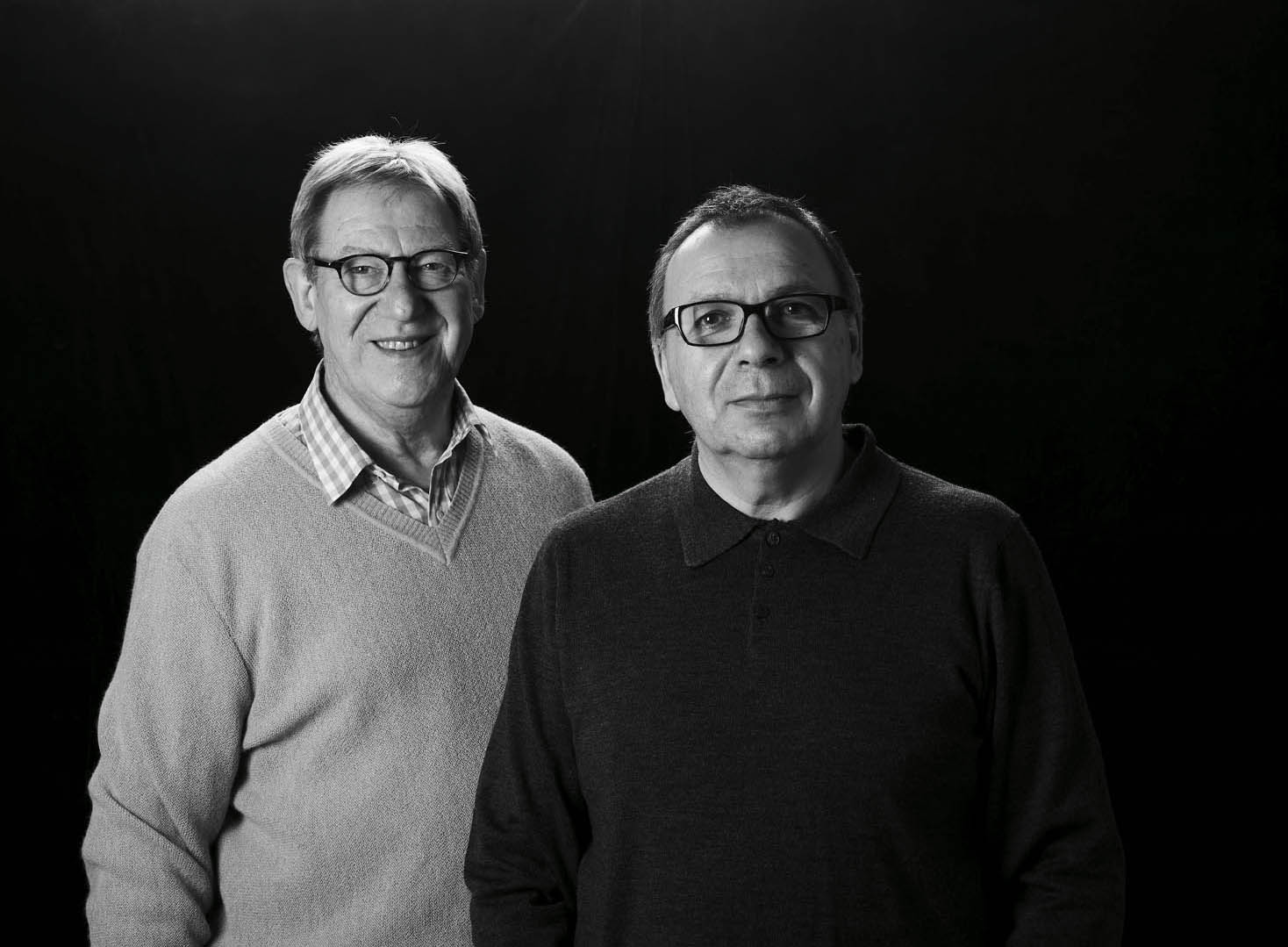 Join ‘Living Legends’ comedy writers Laurence Marks and Maurice Gran for an exclusive masterclass from 19.00-20.30pm on Wednesday 20th January at the Department of Theatre, Film & Television, University of York.

Marks and Gran’s prolific output includes award-winning TV comedies such as The New Statesman (1987), Love Hurts (1992), Goodnight Sweetheart (1993), and Birds of a Feather (1989), currently on ITV in its 12th series (2016). Their first success Shine on Harvey Moon (1982) is credited with creating UK television’s popular “comedy drama” genre, and their long and successful writing partnership extends beyond the small screen. Alan Ayckbourn produced their first stage play Playing God in 2005 and their musical Dreamboats and Petticoats was a big hit in London’s West End (2009-12).

Simon van der Borgh, TFTV’s Lecturer in Screenwriting, will talk to Marks and Gran about their life and work and the creative process involved in growing an initial idea into a successful long-running TV series.  So please join us for what promises to be a fascinating and entertaining evening with two of the UK’s most successful living writers of screen and stage.

The University of York’s Borthwick Institute is proud to host the Marks and Gran Archive; a unique archive of draft scripts, audio-visual recordings, correspondence and background research material that give a unique insight into the duo’s creative process.