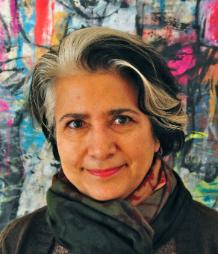 This event has been postponed.

Food and ‘taste’ rarely feature in thinking about notions of urbanity in early modern Islamic cities. Where it does, it has been on account of space and practices of sociability, cafés and taverns in particular. Istanbul, Isfahan and Delhi were among the most important early modern cities to have been fitted with such purpose-built spaces, in fact earlier than any in Europe. The famous cafés and taverns of Isfahan, for example, occupied parts of the periphery of the great public square of Maydan-e Naqsh-e Jahan while in Delhi the main artery Chandni Chawk was lined by cafes and taverns interspersed with market stalls and shops. This talk focuses on Isfahan and the remarkable confluence of material culture evidence and written sources in the Persian context that point to the emergence of a highly sophisticated culinary culture and its broader social practices. Cooks, dishes (objects), and dishes (recipes); paintings and treatises of/on food; these point to the proximity of the conceptual link between the cook and the artist in early modern Iran. Taking the phenomenological approach into the realm of sensory experience of taste, Isfahan in this talk helps to situate the notion of implied taste as a condition of urbanity.

Speaker biography:  Sussan Babaie is the Andrew W. Mellon Reader in the Arts of Iran and Islam at The Courtauld Institute of Art, University of London. She has taught widely including at Smith College, University of Michigan and the Ludwig-Maximilian University in Munich. She is the author or co-author of numerous books including most recently Honar: The Afkhami Collection of Modern and Contemporary Iranian Art (2017), Persian Kingship and Architecture: Strategies of Power in Iran from the Achaemenids to the Pahlavis (2014), Shirin Neshat (2013), Isfahan and Its Palaces: Statecraft, Shi‘ism and the Architecture of Conviviality in Early Modern Iran (2008), Slaves of the Shah: New Elites of Safavid Iran (2004).

Admission: This event has been postponed.