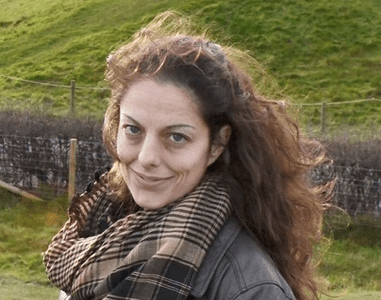 The Department of Archaeology will celebrate pioneering women in Geosciences at the University of York with the Raising Horizons exhibition launch at the King's Manor at the University of York. Raising Horizons is about revealing the real face of archaeology, geology and palaeontology past and present, sharing its hidden heritage, and promoting the power of networks for advancing women in science.

In partnership with photographer Leonora Saunders, the Raising Horizons exhibition will be shown at the King's Manor in the Department of Archaeology at the University of York from 11 January until the end of Spring term. The portraits feature modern-day TrowelBlazing scientists in meticulously recreated historical costumes fitting some of these late great ladies of science. These portraits include York's own Professor Nicky Milner and Dr Colleen Morgan posing in costume as past archaeologists Dorothy Garrod and Jacquetta Hawkes.

We will be hosting a lecture by Dr Brenna Hassett, one of the founders of Trowelblazers as well as Professor Nicky Milner and Dr Colleen Morgan to open the exhibition. The lecture will be followed by a wine reception.

Founded in 2013 by four academics in the geosciences, TrowelBlazers’mission is to reset imaginations by highlighting women past and present in archaeology, geology and palaeontology; and uncovering the networks that link them. Over 130 mini-biographies- many crowdsourced- are hosted on their website. TrowelBlazers’ newest collaboration after Fossil Hunter Lottie is Raising Horizons, with photographer Leonora Saunders. We combine academic study of women in science in the past with a proactive approach to inspiring future women scientists through public events, collaborations, and an active community of online participants.

Leonora Saunders has directed multiple commissioned projects related to cultural ideas on gender, ability and equality, including highlighting the role of women in careers traditionally dominated by men. Her work has featured in The Guardian, The Sunday Times, and The Evening Standard as well as The Royal Photographic Society Magazine and other photographic journals.

Raising Horizons aims to show that women pioneers have always been part of the sciences, despite the popular image especially of geosciences as the domain of bearded (and often white) men.

Prospect is a major project supporter, and the UK’s trade union for scientists and other specialists in areas as diverse as agriculture, education environment, and heritage.

Admission: is free of charge and open to all. No booking required.