The art of the medieval minstrel 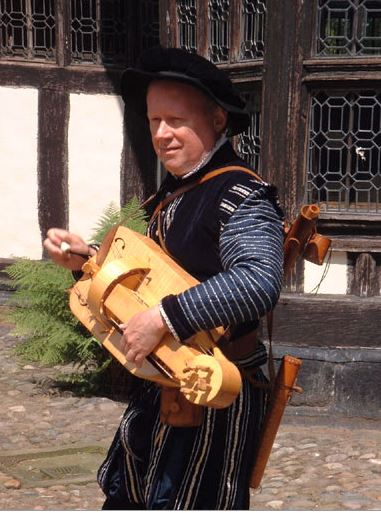 A lecture recital on medieval music, performed on replica medieval musical instruments, reconstructed from period artwork. To include a lute from an illustration in Las Cantigas de Santa Maria, a hurdy gurdy from the depiction of Hell in Hieronymus Bosch's triptych The Garden of Earthly Delights, and a hammered dulcimer from the painting The Virgin and Child by Giovanni Boccati. The recital will also feature some medieval songs, performed with lute accompaniment.

Speaker biography: Peter Bull is a historical musician, who has performed regularly at the Tower of London and at Hampton Court Palace with the acclaimed historical interpreters Past Pleasures, as well as at many properties in the care of the National Trust and English Heritage. His solo recitals include appearances at the Leicester Early Music Festival, the Spanish Institutes in London and Manchester, the Leeds City Art Gallery and the Leeds International Medieval Congress.

“if music be the food of love, then heritage musician Peter Bull has enough on his menu for a medieval banquet” (Lancashire Telegraph)