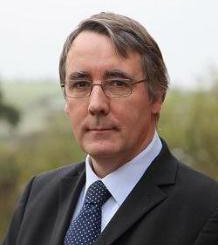 This event is POSTPONED. Apologies for any disappointment.

Building computers is a complex task, relatively inefficient, resulting in power hungry systems that untrained individuals cannot alter without some risk to the computer and to themselves. There must be a better way to do this that would make lives easier for everyone.

Jim Austin has been working on a new concept in computing for over 17 years. Inspired by his immense collection of computers (www.computermuseum.org.uk) he felt it was time to take a fresh look at how we physically build a computer system – this has involved him in a wide range of subjects including, Computer Architectures, Computer networking, 3D topology, chemistry, 3D printing, Manufacturing, Design, physics – a fascinating and challenging journey.

The idea stems from the basic concept of removing everything from the computer apart from the chips that drive it. The solution started out with a small plastic ball containing the chip which communicates and is powered without wires – throw a pile of balls into bucket and you have your computer – A Ball Computer (ABC).

The practical conclusion of the ABC idea resulted in the COOL Computer, which will be demonstrated and the story of the journey in reaching the practical solution presented.

Admission: This event is POSTPONED