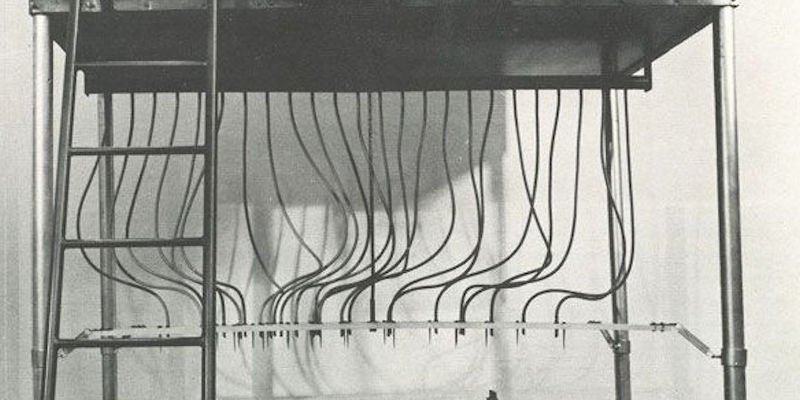 This event is preceded by a free drinks reception, open to all attendees, from 5.30pm in the foyer of the Environment building. All welcome.

In their 2017 annual report Amnesty International detailed ‘a global trend towards angrier and more divisive politics’, in which ‘the idea of human dignity and equality’ was ‘under vigorous and relentless assault from powerful narratives of blame, fear and scapegoating, propagated by those who sought to take or cling on to power’.

It is the thesis of Imogen's current research that “stigma power” is a productive intersectional lens through which to understand these prevailing social conditions of ‘division and dehumanization’. This lecture introduces her forthcoming monograph, Stigma Machines, which develops a new historically informed account of the social and political function of stigmatization as an instrument of social policy and a constituent mechanism of the state’s coercive apparatus.

To reconceptualize stigma in ways that explicate its function as a form of power Stigma Machines examines the long penal history of stigma. It argues that stigma is designed, crafted and activated to govern populations on multiple scales and in diverse sites and, crucially, that stigma production from above accelerates in periods of political and economic turmoil, often in response to particular demands of capital. To illustrate this, the lecture will focus on a chapter of Stigma Machines entitled ‘Badging the Poor’, which examines the mechanics of intensified welfare stigma in the UK in the wake of the implementation of austerity-driven reforms to social provision since 2010.

Imogen Tyler is a Professor of Sociology at Lancaster University. Imogen’s research is concerned with social inequalities, power, injustice and resistance. In 2010, Imogen was awarded a Leverhulme Research Fellowship and the major outcome of this fellowship was the monograph Revolting Subjects: Social Abjection and Resistance in Neoliberal Britain (London: Zed Books, 2013). In 2014, Imogen was awarded a Philip Leverhulme Prize which is supporting her current research project on stigma. The major outcomes of this project are a Sociological Review monograph on 'The Sociology of Stigma' (2018, edited with Tom Slater), a single-authored book provisionally entitled Stigma Machines (in progress), a series of peer-reviewed journal articles, a collaboration with the graphic artist Charlotte Bailey on a zine of my essay 'From Stigma Power to Black Power' and a collaboration with the graphic artist Tom Morris on the creation of an animated “stigma machine”.