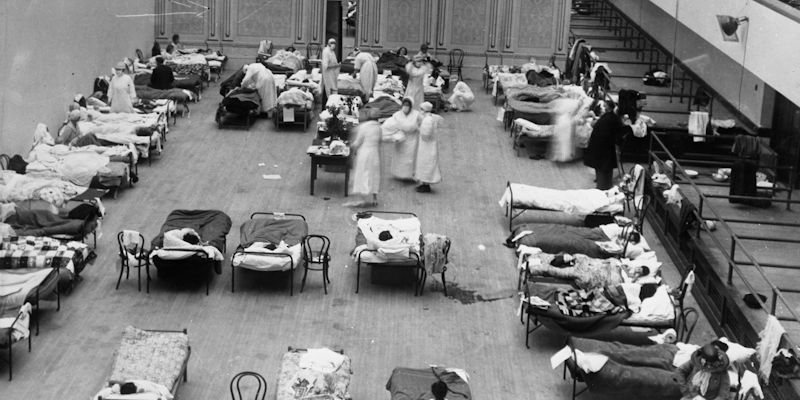 Pandemic 1918: The story of the deadliest influenza in history Catharine Arnold, author and journalist

In the dying months of World War I, Spanish flu suddenly overwhelmed the world, killing between 50 and 100 million people.

Nowhere escaped this common enemy: in Britain, 250,000 people died, in the United States it was 750,000, five times its total military fatalities in the war, while European deaths reached over two million. The numbers are staggering. And yet at the time, news of the danger was suppressed for fear of impacting war-time morale. Even today these figures are shocking to many - the war still hiding this terrifying menace in its shadow.

And behind the numbers are human lives, stories of those who suffered and fought it - in the hospitals and laboratories. Catharine Arnold traces the course of the disease, its origins and progress, across the globe via these remarkable people. Some are well known to us, like British Prime Minister David Lloyd George, US President Woodrow Wilson, and writers Robert Graves and Vera Brittain, but many more are unknown. They are the doughboys from the US, gold miners in South Africa, schoolgirls in Great Britain and many others.

Published 100 years after the most devastating pandemic in world history, Pandemic 1918 uses previously unpublished records, memoirs, diaries and government publications to uncover the human story of 1918.