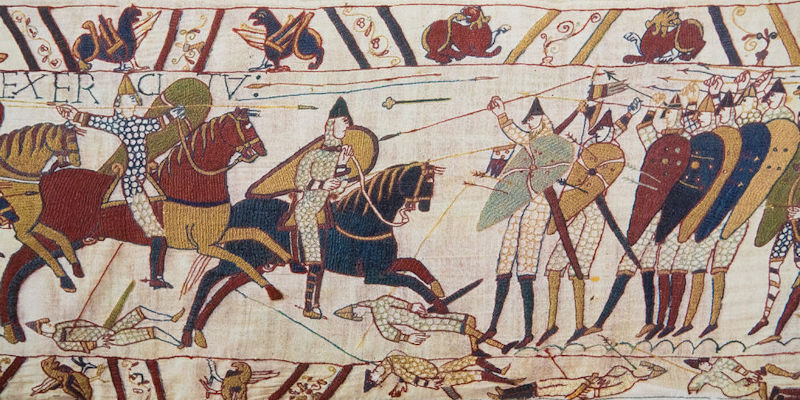 The material culture of the Norman Conquest of the North Dr Aleksandra McClain, Department of Archaeology

Normans in the North

The Norman Conquest is arguably the most famous event in medieval English history, but apart from castles, the material dimensions of the Conquest have rarely formed a part of our common understanding of the period. However, new scholarship is starting to uncover some of the distinctive material signatures of the coming of the Normans to England, and also the areas of life where continuity was seen as valuable or even necessary. This talk will explore the material culture of the 11th and 12th centuries in northern England, where the story of the Conquest has traditionally been about one-sided Norman imposition, highlighted particularly by the Harrying of the North. It will emphasize the potential of material culture to introduce more complex and nuanced narratives to the story of the Normans in the North, and the importance of taking archaeological evidence into account in order to fully understand why the Conquest happened as it did.

Please note there is no public parking at the Yorkshire Museum.

After completing her PhD research on church building and commemorative patronage in late-Saxon and Anglo-Norman North Yorkshire at York in 2006, Aleks worked for the department for a year as a fixed-term lecturer.  She then went on to work for two years in the School of History at the University of East Anglia, as a post-doctoral research assistant on the AHRC-funded project 'A GIS-aided study of agriculture and the landscape in Midland England,' which examined the historic landscape of Northamptonshire up to the time of enclosure. Aleks came back to York as a lecturer at the end of 2008, and since that time has been director of studies of the MA in Medieval Archaeology.