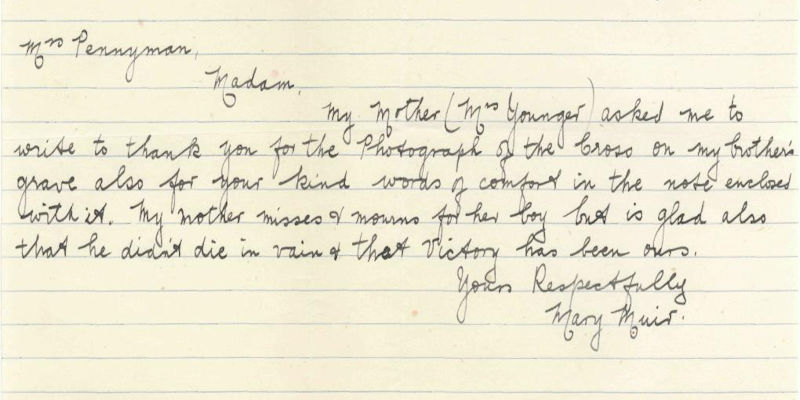 In 2012 a group of National Trust volunteers stumbled upon letters written to Mary Pennyman from wives and mothers of men who were missing or killed during the First World War. Pennyman had been secretary of the King’s Own Scottish Borderers Widows and Orphans Fund. Through their letters, we encounter women at a moment of profound sadness. Most try to manage their grief through religious belief and a sense of patriotic duty but occasionally fear, sorrow and anger seep into the correspondence. Bessie Walker, from Dringhouses, York, wrote, ‘There are no children, as we had only been married 6 weeks, so ours was a short lived happiness together. I try to be a comfort to his poor old Dad & Mother, they feel it dreadful. Perhaps its wicked to say so, but I sometimes wish I could be old with them, as life feels rather empty at times.’ A public history project, funded by the Heritage Lottery, digitised the letters and set out to trace what had happened to their authors. This event will include readings from the letters and stories of the women who wrote them.

Dr Roisín Higgins did her PhD at the University of St Andrews and has lectured at universities in Ireland, England and Scotland. She has been at Teesside since 2013.

Roisín’s work focuses on social and cultural history with particular interest in the politics of historical memory.

Roisín is a Director of the Irish Association of Professional Historians: www.iaph.ie