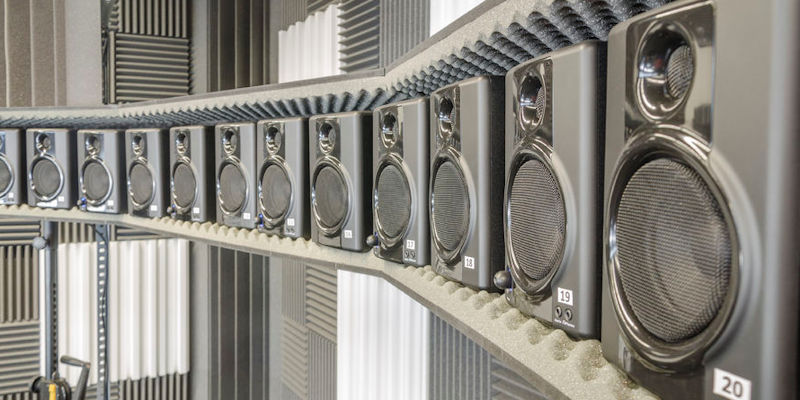 Though distance is an inherent property of spatial audio, and conventional film and game sound practices have intentionally exploited its use, the absence of research on its implementation and effects in immersive environments is notable. This talk outlines the experimental and artistic work undertaken by Angela McArthur, concurrently, in order to better understand and put to use what is a messy, semantically rich phenomenon - distance in spatial audio for immersive environments. Drawing from cinematic VR, art objects and controlled studies, it aims at asking the right questions, in order to advance the aesthetic and perceptual possibilities for existing and emerging media.

Angela McArthur is a practitioner, lecturer and PhD student, working with 3D audio for cinematic VR and audiovisual installations. She has worked in studio, live and location environments, and her work draws from the technologies, perception and aesthetics of spatial audio, to tackle an intersection of the three, with an increasing focus on the natural environment, and micro listening.