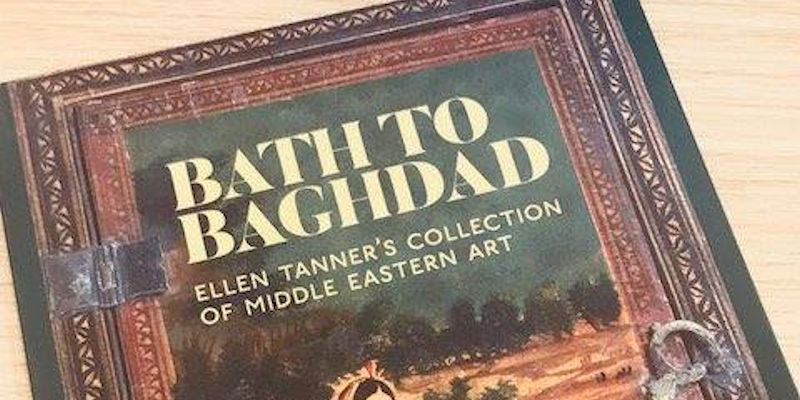 Ellen Georgiana Tanner (1847-1937) was among the first British women to travel solo to the Middle East. In 1894 she set off by steamer to Baghdad, Iraq, before beginning a journey overland on horseback into Persia (now Iran) accompanied only by local guides, exploring the bazaars of Baghdad, Shiraz, Teheran and Isfahan. Tanner eventually settled in Bath after “years of almost constant travel, having visited nearly all the corners of the globe,” and gave a series of gifts of Middle Eastern art to the Holburne Museum.

This lecture will discuss Ellen Tanner’s collection of mainly Iranian textiles, metalwork, lacquer and woodwork, which reflect the richness of late Qajar secular Middle Eastern figurative and decorative art traditions. It will also explore Tanner’s little-known story, her experiences of travel in the Middle East, and her view of the world as a pioneering Victorian woman during an age of empire.

Catrin Jones is Curator of Decorative Arts at the Holburne Museum in Bath, a varied collection of silver, furniture, ceramics, textiles and paintings, where she works on the Holburne’s historic and contemporary exhibitions. She read History of Art at Oxford University and the Courtauld Institute, where she specialised in the 18th-century French interior. Catrin has worked in the curatorial teams at Waddesdon Manor, the Geffrye Museum, and the Ashmolean Museum on the re-display of their European ceramics galleries. As Assistant Curator at the V&A, based in the Ceramics & Glass and South and South East Asian departments, she curated Deception: Ceramics and Imitation (2013) and M.F. Husain: Master of Modern Indian Painting (2014), worked on the Europe 1600-1815 galleries, and contributed to The Arts of Living: Europe 1600-1815 (2015). Her other publications include Michael Eden: History Re-Printed (2015), ‘Painted luxury: textile imitations as decoration on Sèvres Porcelain’, French Porcelain Society Journal, vol. V (2015), and Silver: Light and Shade (2016) and Bath to Baghdad: Ellen Tanner’s Collection of Middle Eastern Art (2018).