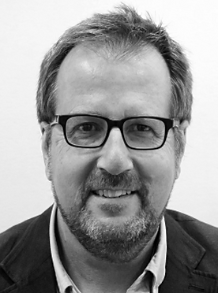 Universities, Democracy and Public Sociology; The Challenge of the Neo-Liberal Knowledge Regime

This talk will set out the key elements of the neo-liberal knowledge regime that is being brought to completion by the Government’s recent Higher Education and Research Bill. This is designed to subject universities to market disciplines, including the possibility of failure, and facilitates the entry of for-profit providers. Education is valued as an investment in human capital and research is to be directed toward commercial ends as an engine of economic growth. Yet investment in research and development in the UK is among the lowest of OECD countries and neo-liberal policies encourage short-term orientations toward profit. The talk will outline an alternative conception of the university and the economy, one associated with democratic knowledge and inclusive economic benefits.

John Holmwood is Professor of Sociology at the University of Nottingham. His research interests are in social inequality and the political economy of welfare. He is a former President of the British Sociological Association and Member of the Institute for Advanced Study, Princeton (academic year 2014-15). He is co-founder of the Campaign for the Public University and a co-editor of the free monthly online magazine of social research, commentary and policy analysis, Discover Society.