Home>News and events>Events>Open lectures>Autumn 2016>Where Stands the Scottish Country House in 2016? 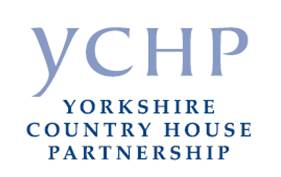 Where stands the Scottish country house in 2016?

Despite constituting an influential and popular proportion of Scotland’s built heritage, as well as being a major rural employer and tourism draw, Scottish country houses have been overshadowed by the land reform agenda, which has dominated rural debate since devolution in 1999.

This lecture will explore what this means for country house studies in Scotland, and for the position of owners and the heritage industry, questioning who sets the terms of this discussion. How and why are Scottish country houses framed – intellectually, socially, economically and politically – and how has this picture evolved? From the period of post-Jacobite house building in the mid-eighteenth century, through the ‘Balmoralisation’ of the house, and the influence of the hunting, shooting and fishing boom of the later nineteenth century, Scotland’s country houses have long been political as well as architectural structures.

Current legislation around community ownership and empowerment is ushering in a new age: how will country houses meet these new challenges and what can be learned from the rest of the UK and Ireland?

The lecture will be followed by a reception.