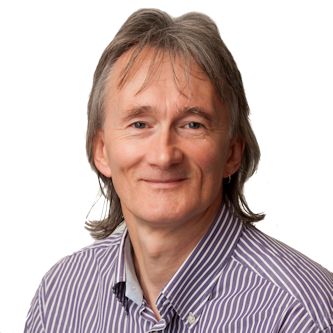 The first issue of Physics Review contained an article looking ahead to the future of mobile phones.  Since then, there have been huge advances and we can expect even more changes in the future...

As computer components have become smaller and smaller, their processing speed has increased exponentially.  Components are now down to the nanoscale and this brings fresh challenges and opportunities.  New technologies must make use of quantum behaviour, which will allow not just faster and smaller computers, but a revolution in what they can achieve.  This talk will give a very general introduction to new quantum technologies, along with the quantum physics concepts that underpin these, before focusing on communications technologies whose security is underpinned by quantum physics.  Finally, Tim will give a brief overview of the EPSRC Quantum Communications Hub and the new technologies being developed. Led by the University of York, the Hub is part of a major new initiative, the UK National Quantum Technologies Programme.

Tim Spiller is the Director of the UK Quantum Technology Hub for Quantum Communications Technologies and the York Centre for Quantum Technologies.  Prior to this he was at the University of Leeds in the roles of Head of the Quantum Information Group and Director of Research for the School of Physics and Astronomy. Previous to 2009, Tim was Director of Quantum Information Processing (QIP) Research at HP Labs Bristol – an activity that he established in 1995 - and a Hewlett-Packard Distinguished Scientist. He has spent 30 years researching quantum theory, superconducting systems and quantum hardware and technologies. He led HP’s strategy on the commercialisation of QIP research, is an inventor on 25 patents linked to quantum technologies and applications, and was additionally a consultant inside HP on networking, communications and nanotechnology.