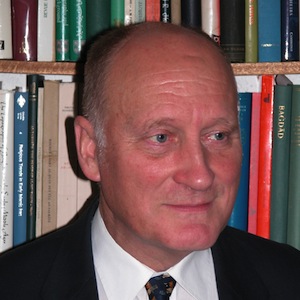 Story-telling in the Great Mongol Shahnama

The launch event for the York Islamic Art Circle, Storytelling in the Great Mongol Shahnama, will see Professor Robert Hillenbrand, author of ten books on Islamic architecture and painting, speak on the Shahnama – the national epic of Iran.

Professor Robert Hillenbrand is Professor Emeritus of Fine Art at Edinburgh University and Professor of Islamic Art at St Andrews University. He has written ten books on Islamic architecture and painting, edited seven books and co-edited four more. He has also published some 120 articles on aspects of Islamic art and architecture.

He has held visiting professorships at seven universities and was Slade Professor of Art at Cambridge in 2008. In 2006 he was awarded the Book of the Year prize of the Islamic Republic of Iran for Shahnama: The Visual Language of the Book of Kings. He has visited Iran many times, as well as travelling regularly to Central Asia, Northern India and the Middle East.