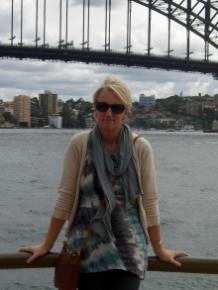 Many countries are modernizing their prison estates, replacing older facilities that are no longer fit-for-purpose with new, larger and more ‘efficient’ establishments.  At the same time, there is growing recognition that our bloated penal systems are unsustainable and must be challenged. The notions of ‘healthy’ and ‘unhealthy’ prisons have become common in academic and policy discourse, and even some politicians (including former Prime Minister, David Cameron) have referred to prisoners as potential ‘assets’, rather than risks to be managed.  But is the concept of a ‘healthy prison’ an oxymoron, or even a desirable goal? And how far could we go in incorporating healthy design elements into the prisons of the future?

Like hospital design, the architecture of incarceration conveys clear messages about the individuals confined within and how they are expected to behave. Yet, while prisons and hospitals traditionally have shared an ethos of discipline and surveillance that dehumanises their occupants and instils feelings of fear and vulnerability, there has in very recent times emerged a different approach to designing and building such institutions – described by the architectural theorist behind Maggie’s Centres (a developing, global cancer care network), as the ‘architecture of hope’.

So what can prison architects learn from the design of Maggie’s and why is it that, in some jurisdictions, discussions about custodial architecture and design is dominated by concerns about punishment, security, control and risk management, while in other countries, the emphasis is on 'healing' damaged individuals and preparing them to be good citizens when they return to society?  Drawing on the findings of a three-year ESRC-funded research study that looks at the role of prison architects and the effects of carceral design, Professor Yvonne Jewkes will discuss the broad rationales behind the prison modernization programmes currently underway in the UK and parts of Europe, including the primary drivers behind design decisions and the extent to which top-level stakeholders are cognisant of the effects of their decisions on the everyday lives of prisoners and prison staff.