Born in Chile, Carmen Troncoso started playing the recorder at a young age, studying at Escuela Moderna de Música and then at Universidad Católica in Santiago. In 1997, she received the title of Performer and the degree of Bachelor of Music with highest distinction. In 1999, granted the DAAD (German Academic Exchange Service) and President of the Republic scholarships, she moved to Germany, for postgraduate performance studies at the Musikhochschule Köln. In 2002 she received the degree of Master of Arts (highest distinction). In 2020, the University of York awarded her the degree of Doctor of Philosophy in Music (Performance), studies carried out with funding from Conicyt-Becas Chile. Currently, she is a Postdoctoral Research Fellow at the Humanities and Research Centre of the University of York.

Active in both the early and contemporary music frameworks, her discography includes contemporary chamber music and recorder concertos with orchestra composed for her, recorder consort and research projects on Hispano-American Baroque music. She has received grants from the Ministry of Culture of Chile to develop musical projects and the Prize Presidente de la República for Musical Edition for her book and CD ´New Music by Chilean composers for recorders’ (December 2014).

Her research arises from her practice as a musical performer and examines the various processes involved in the preparation of a performance, which often lie undisclosed. In particular, she explores the variables that affect the performer when selecting their instruments and the creative implications of those choices. In doing that, she delves into the complexities of the relationship between performer and instrument and issues of instrumental agency, affordances and resistance.

Collaboration with other artists plays a significant role in her research. This implies a deepening of the different types of distributed creativity in each project and issues of authorship. Also, it questions the boundaries of the collaborators’ roles. From this endeavour, a body of new performances and new works arise in various artistic formats, with new scores that invite other performers to address similar concerns individually or collaboratively. 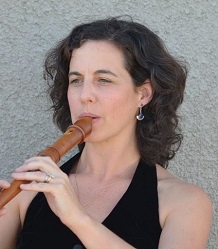