Tim Howell specializes in the analysis of new music, especially from Finland. An internationally recognized authority on the music of Sibelius, his research has now broadened to encompass contemporary Finnish music as reflected in two major publications: After Sibelius: Studies in Finnish Music (Ashgate, 2006) and Kaija Saariaho: Visions, Narratives, Dialogues (Ashgate, September 2011).

After Sibelius: Studies in Finnish Music, the first survey of Finnish musical modernism in English, has been highly acclaimed. Music Research Forum described it as ‘an elegant, concise and penetrating work that places this music within a larger European context while addressing the difficult question of what is ‘Finnishness’ in music’.   Tim Howell provides an engaging investigation into Finnish music and combines elements of composer biography and detailed analysis within the broader context of cultural and national identity. The book consists of a collection of eight individual composer studies that investigate the historical position and compositional characteristics of a representative selection of leading figures, ranging from the beginning of the twentieth century to the present day. These potentially self-contained studies subscribe to a larger picture, which explains the Sibelian legacy, the effect of this considerable influence on subsequent generations and its lasting consequences: an internationally acclaimed school of contemporary music.

Kaija Saariaho: Visions, Narratives, Dialogues (Edited by Tim Howell with Jon Hargreaves and Michael Rofe) is the first symposium book in English to be dedicated exclusively to this single figure. Scholars from both the UK and Saariaho’s native Finland bring a range of perspectives to her richly varied output. Uncovering the compositional, historical, cultural and sociological issues that have resulted in such critical acclaim lies at the heart of this collection of essays. Saariaho’s approach to composition is an inter-disciplinary one; it embraces a number of art forms – visual, literary and musical – in works that explore a creative dialogue between image, continuity and time.  The grouping of these essays into three main strands – ‘visions’, ‘narratives’ and ‘dialogues’ – reflects the wide range of Saariaho’s creative preoccupations while subscribing to a carefully structured succession of commentaries.

After graduating from Southampton University, Tim Howell studied with Professor Arnold Whittall for the MMus in Theory & Analysis at King's College, London, while working as an Editorial Assistant on The New Grove Dictionary of Music and Musicians. Having gained the MMus with distinction, submitting a thesis on Sibelius' Tapiola, he pursued Doctoral Research on all the Symphonies and Tone-Poems of Sibelius at Southampton University, under the supervision of Professor Peter Evans, and held a visiting Research Fellowship at the University of Helsinki, working with Professor Erik Tawastsjerna. That thesis, Jean Sibelius: Progressive Techniques in the Symphonies and Tone-Poems, was published by Garland Press and led to numerous publications, conference contributions and visiting lectures – most notably at the Sibelius Academy in Helsinki. Having taught at the Guildhall School of Music & Drama and the West London Institute of Higher Education, he joined the Music Department at York in 1986. Tim Howell contributed a chapter, 'Sibelius the Progressive', for the Cambridge University Press Sibelius Studies volume, was an editor and contributor to A Companion to Contemporary Musical Thought and has published articles in Music Analysis, The British Journal of Music Education, The Dutch Journal of Music Theory, Music and Letters, Finnish Music Quarterly and Tempo. He has regularly written reviews of music books for Music and Letters and the British Journal of Aesthetics.

The Nature of Nordic Music

A delight in word-play is a characteristic trait in several Nordic countries. The Nature of Nordic Music adopts this idea, exploring the distinctive yet complementary understandings of the term ‘nature’. This book therefore sets out to define the basic or inherent features, characters and qualities of Nordic music – its essential ‘nature’ – on the one hand, whilst on the other it acknowledges the extent to which the phenomena of the physical world (its landscape, climate, environment) – the forces of ‘nature’ – both inspire and condition the creative process.  Experts have been assembled into a research group of 16 members, with representatives from Denmark, Finland, Iceland, Norway, Sweden and the UK.

Contradictions and consistencies vie for our attention in this versatile assemblage of critiques and analysis, but what emerges most strongly is the enormous creative energy that epitomises the musical life of this part of the world. The success story of Nordic new music lies in its ability to communicate so effectively – and to such a far-reaching audience.  Just how this has come about, what its effect is, whether the larger world perceives there to be a distinctive ‘Nordic Sound’ are the broader questions that underpin this project.

From Score to Sound: engaging audiences with new music

The Score to Sound project aims to implement and evaluate an approach for engaging the public in twentieth and twenty-first-century British music, and is funded by the AHRC Cultural Engagement Fund. In partnership with Sound and Music (the UK’s charity for new music) the CMRC will facilitate three Discovery Days and concerts – concentrating on music chosen from the British Music Collection – in York, Huddersfield and London.

Tim Howell and Martin Scheuregger will deliver this project, with Martin designing and hosting the Discovery Days, and bringing with him contemporary music ensemble Dark Inventions, which he co-directs. Sound and Music will contribute a framework in which the project’s events will be evaluated. The result of the project will be threefold:

The central theme of this volume concerns the variety of ways in which a number of composers engage with the concept of musical timescale. After all, temporal processes lie at the heart of contemporary compositional practice. An introductory article, by way of a broad study of the physical theories of musical time (Michael Rofe), is followed by an overview of how this relates to new music in Finland, through a consideration of selected orchestral works by Magnus Lindberg (Tim Howell). Thereafter, a series of case studies focus on particular aspects of timescale as relevant to these individual composers. The issues being addressed include: ‘speed and slowness’ in Gerald Barry (Daniel March); ‘continuity’ in John Adams (Richard Powell); ‘fragmentation’ in György Kurtág (Martin Scheuregger), and ‘balance’ in Toru Takemitsu (Mark Hutchinson).  All contributors are associated with the Department of Music and the volume was published in August 2014, in time for the 50th Anniversary of the Department in 2015. 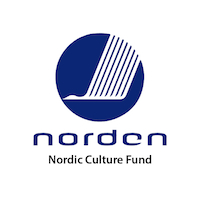 The exploration of A NEw Music Of Northern Europe is the basis of this research project. ANEMONE sets out to investigate the musical characteristics and achievements of a network of Nordic countries – Finland, Sweden, Denmark, Norway and Iceland – within the contemporary music scene. It embraces not only art-music, but also jazz, folk and popular styles, tracking internationally-recognised musical innovation in whatever genre, over the last 100 years or so. Beyond discussing and evaluating that corpus of music in itself, the broader context of cultural and national identity needs an in-depth consideration. Ultimately, ANEMONE will ask: is there a distinctively ‘Nordic’ musical style?

Funding from the Nordic Culture Point helped to establish a research group of North-European scholars with expertise in the musics from each of these five Nordic countries, and this will result in a collaborative publication.

Tim Howell received a Vice-Chancellor’s Teaching Award in 2008 in recognition of the excellence of his contribution to teaching and learning. 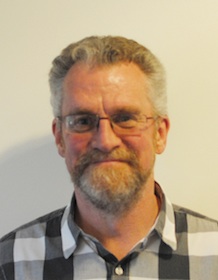