Tim Wright is a composer of music and audiovisual art based in Yorkshire, UK. He has accumulated a large back catalogue of record releases whilst nurturing academic ambitions, studying for a PhD in Composition (2013) and an Msc in Music Technology (1993) at the University of York, where he was appointed Associate Lecturer in Music and Sound Recording in 2017. His research interests include algorithmic approaches to composition, audiovisual art and live performance of electronic music.

As a recording artist he has produced, composed and mixed nine commercially released albums, 25 EPs and over 25 remixes. Tim is currently active under the pseudonym Tube Jerk and with the Berlin based collective Mir 8. He has extensive experience of performance of live electronic music, both solo and with other musicians at major international venues and festivals, most notably Sonar (Barcelona, Spain) and Transmusicales (Rennes, France) in 2004. Two collections of audiovisual pieces, Algorithms for Electronics, Fake Woodwind and Strings (2014) and 8 Switches (2012) have been released on USB thumb drives by Entr’acte (Belgium).

As an independent producer he has co-written, produced and mixed tracks for the album Radio International for Kefaya (UK), winner of Best Newcomer in the 2017 Songlines Music Awards. He also engineered, produced and composed The Sick Rose for vocalist Monika Naceva (CZ), which was nominated for a Czech Grammy for Best Electronic Album of 2010. 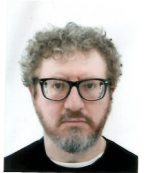