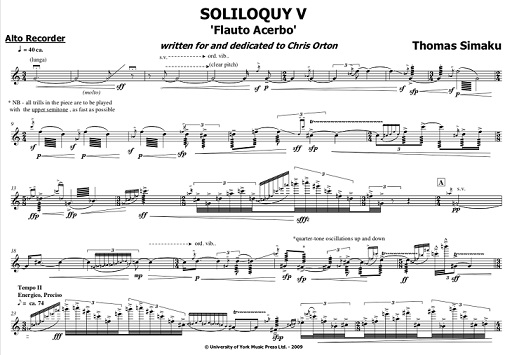 The talented young musician Emily Bannister performed this challenging piece at the Bernard Haitinkzaal of Amsterdam Conservatory of Music in April 2021.

Commissioned by Chris Orton and the BBC Performing Arts Fund, the piece received a British Composer Award in 2009, described by the BASCA judging panel as ‘visionary and entirely original’.

Selected by the international jury, Soliloquy V was one of the works representing the UK at the 2012 ISCM – Word Music Days in Belgium.

It is now included in Simaku’s CD portrait Solos and Duos released by Naxos Records in August 2019.