An excellent article about Simaku’s choral piece ‘La Leggiadra Luna’ has been published by Simon Cummings in 5:4 – ‘a blog devoted to the most interesting, innovative and impressive music of our time’. 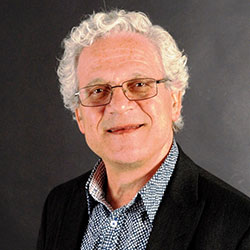 A setting of the poem by Sappho translated from ancient Greek into modern Italian by the Nobel prize-winning Sicilian poet Salvatore Quasimodo, ‘La Leggiadra Luna’ (The Fairy Moon) for mixed choir a cappela received its first performance by the 24 Vocal Ensemble of the University of York conducted by Robert Hollingworth in May 2018. The work was subsequently selected by the International Jury for the 2019 ISCM – World Music Days, performed by the Grammy Award-winning ensemble the Estonian Philharmonic Chamber Choir conducted by Kaspars Putniņš.

Here is an excerpt from the article:

“A choral work composed in 2017, its text is an Italian translation (by Salvatore Quasimodo) of a fragment by the Greek poet Sappho. The words articulate a short reverie marvelling at the way starlight becomes overwhelmed by the much brighter light of the full moon. Rather beautifully, though, while this is just a consequence of how our eyes (fail to) deal with sharply contrasting luminosities in close proximity, Sappho anthropomorphises this effect such that the stars deliberately “veil their own shining”, the ­implication being that they do this in deference to and/or in awe at the sight of the moon. Both that sense of awe and the impression of intense light are captured in Simaku’s music. Indeed, these dual aspects are much more dominant than the actual words, which, for a large proportion of the work, are strikingly indistinct. This is quite deliberate, Simaku using them not to convey narrative detail but as a vehicle for poetic, evocational sonority. The opening couple of minutes, in particular, are almost like a greatly extended open-mouthed gasp / cry, all vowels articulating wonderment.”

“Simaku engineers two climaxes, the first of which is modest, occurring after the opening section. The main climax is orders of magnitude brighter; at the word “risplende”, the voices push forward, again initially emphasising the fifth before opening outwards to form a massive, fittingly resplendent chord. i’d need to see the score to be sure, but the way it appears to made of up of superimposed thirds – creating what appears to be an eleventh chord – implies another connection to the fifth, several of which can be superimposed and interlocked to create precisely this kind of chord (known as ‘quintal’ harmony). Either way, it’s a dazzling moment, the voices united in an extreme burst that one only wishes could be sustained indefinitely.”

Read the article in full and listen to the piece.