A team of six researchers from the Departments of Music and Computer Science has submitted an entry to this year’s AI Song Contest. 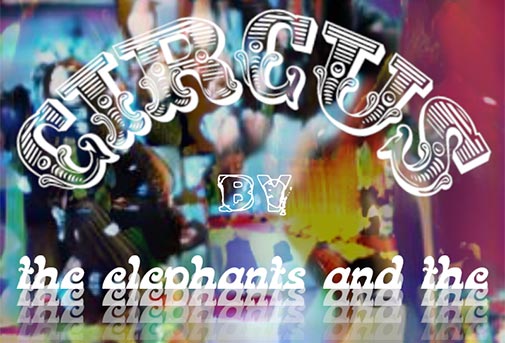 The contest, hosted by the Dutch public broadcaster VPRO, aims to show whether AI can help humans compose songs to match the success of song contest hits such as Bucks Fizz’s ‘Making your mind up’.

The human-AI band ‘The elephants and the’ - consisting of academics from the Music, Science and Technology Research Cluster in the Department of Music - wrote and recorded this year’s entry called ‘Circus’.

The band used algorithms written by the academics to create the piece. Dr Tom Collins’ algorithm provided melodies, chords, basslines and drum beats, while Alex (Zongyu) Yin trained an algorithm to generate lyrics based on snippets of instrumental audio.

Jemily Rime provided the vocals and co-wrote the song using the AI outputs, while Mark Hanslip created a dataset of saxophone riffs from which new saxophone material was generated using a neural network, meaning the song contains the world's first tonal AI riff and solo generated in the waveform domain. Dr Liam Maloney arranged and produced the track, and Dr Lynette Quek worked on the AI-generated video.

Dr Tom Collins from the Department of Music, said: “This was a team effort which drew on a range of expertise. When people reflect on this period in music history, the use of AI to augment human creativity will be a defining characteristic. It's great to be pioneering this new era of music in the Department of Music at the University of York."

‘Circus’ will compete with entries submitted from over 20 countries from around the world. Each participating team will be awarded two sets of points: one a public vote by the contest’s international audience, the other by an expert jury.

All entries will be released on 1 June 2021 for public listening and voting, and the winners will be announced in July. The public can now register on the band’s webpage to receive an email as soon as the song is released.

For a sneak preview of ‘Circus’, tune into the ONE show at 7pm 21 May on BBC 1 where the team will be discussing the use of AI in the creation of music.