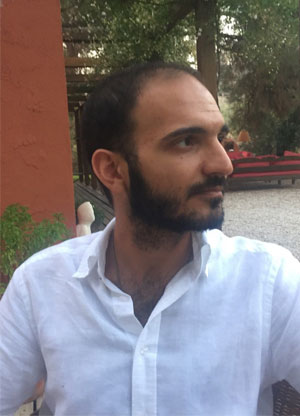 The objective of Discovering Young Composers of Europe (DYCE) Competition was to bring together the four regions of Europe (North, South, East, West) by inviting the composition students and alumni of all European Academies, Conservatories and Universities to submit a work. After over 140 submissions, 12 finalists were selected and their works were performed live on 28 April 2019 with the aim of selecting the four winners.

The four winners are: Juhani Vesikkala, Yiquing Zhu, João Ceitil and Andreas Tsiartas. Andreas is a graduate of the Hochschule für Musik “Carl Maria von Weber” in Dresden, and is currently in his second year of a PhD in Composition at the University of York under the supervision of Dr Thomas Simaku.

In the final of the competition, Andreas Tsiartas’ composition PNOÉ for chamber ensemble was performed in Oslo by the Cikada Ensemble. As a result of his winning the DYCE competition, Andreas is now commissioned to write a new work for ensemble to be performed in Spring 2020 by the Divertimento Ensemble in Milan, ensemble Taller Sonoro in Seville, Ensemble U in Tallinn and the Cikada Ensemble in Oslo. This new piece will also be recorded for a CD along with the new works of the other three winners.

More information on the DYCE project.