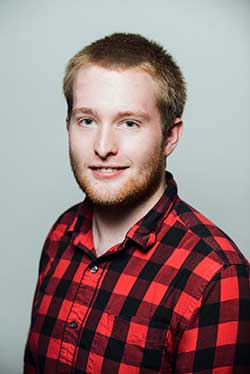 The competition, which was designed to give emerging sound designers a platform for showcasing their work and unique networking opportunities, saw entries from all over the world. Peter, whose recent music scoring and sound design commissions include The Carbon Farmer, Embers and High Water Common Ground, described the award as “a huge honour, particularly given the international scope of the contest. The competition presented me with a rare creative opportunity to produce a soundtrack using only sound design, with no music to help set the tone or keep the audience on the edge of their seats. Storytelling through sound is one of my favourite aspects of audio post-production for film because it’s possible to be truly creative in how you approach and piece together each element of a scene, all of which eventually combine to form an immersive overall soundtrack.

"This award comes after two years of working full-time as a freelance sound designer and composer following my studies at the University of York where, in my final year of undergraduate research, I was able to work on my first feature film as part of my degree. It was this project which sparked my interest in the many aspects of audio post-production and encouraged me to explore the field further through the MA in Music Production. I am eternally grateful for all of the help and support I received during my BA and MA studies, as well as the skills I developed in recording and audio processing which have helped me greatly in my professional career so far."

Watch Peter's winning entry
You can find out more about Peter and his work at peterbaumann.co.uk