Alumna awarded an MBE as part of the Queens's Birthday Honours

Composer Anna Meredith has been recognised in the Queen's Birthday Honours List. 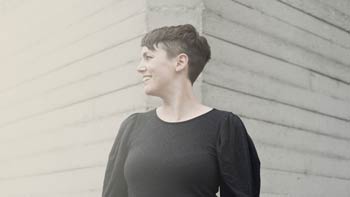 Anna Meredith, who graduated from York with a BA (Hons) in Music, has been awarded an MBE (Member of the Order of the British Empire) for services to music in the 2019 Queen’s Birthday Honours List.

Anna is one of 399 candidates who received an MBE this year. In her work as a composer, producer and performer she has produced an impressive array of electronic and acoustic music which has been performed everywhere from the BBC Last Night of the Proms to adverts, installations, films, festivals and classical concert halls worldwide.

Amongst other achievments Anna was voted Number One in The List's Hot100 (of Cultural Contributors to 2016) and Number 31 in the 2018 Women’s Hour Power List.