Thomas Simaku’s ‘Solar’ for Trumpet, Violin & Piano was performed at Middleton Hall of the University of Hull on 3rd February, in their opening concert of spring 2017 series , which included works by Arvo Pärt and Sibelius. 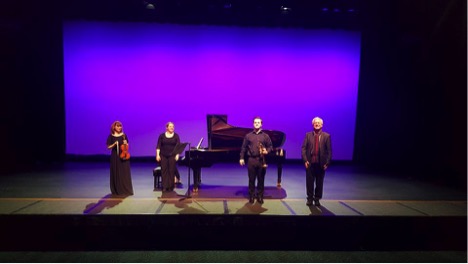 Performed by Simon Desbruslais, Fenella Humphrey and Libby Burgess, ‘Solar’ is based on Philip Larkin’s well-known poem of the same title. ‘In no way programmatic, the piece could be described as a “wordless setting” of Larkin’s imagery, freely interpreting these imageries by composing and re-composing them’.

The world premiere was given by the Portumnus Ensemble at Middleton Hall in 2013, followed by a performance at the Chinese University of Hong Kong, which was covered by the local BBC News. http://www.bbc.co.uk/news/uk-england-humber-21725801