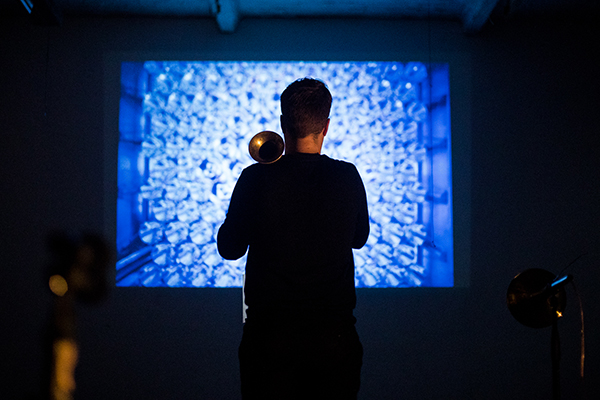 Ann Cleare's new piece 'surface station #2: the relighting of the sun' receives its Australian premiere in Perth's Totally Huge New Music Festival on October 28th, and from there will tour to venues in Sydney and Melbourne on November 1st and November 2nd. Presentations of the work will also take place at The University of Western Australia and Sydney Conservatorium, and the piece will be recorded by ABC in their Perth studios for broadcast later in the year.

Premiered in Berlin on October 14th, the piece was written in collaboration with Berlin-based Australian trumpeter Callum G'Froerer with funds from Initiative Neue Musik Berlin and The Australian Arts Council. Inspired by climate fiction and geo-engineering, the work employs a double bell trumpet, several brass bell speakers, and visual projections. It is a reflection on damaged phenomena, the irreversibility of the temporary evaporating the permanent, and the re-lighting of a vanished sun. This piece forms part of a larger theatrical/installation work, which Ann Cleare will be working on in the coming years.