Thomas Simaku's music was featured at the Academy of Performing Arts in Prague on Wednesday, 2nd November 2016 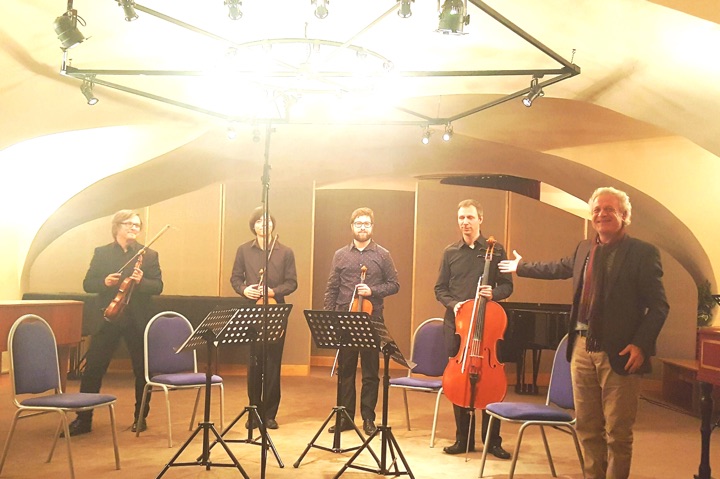 His award-winning work, Voci Celesti - String Quartet No. 3, was given its Czech Premiere by the acclaimed quartet FAMA Q, who regularly perform works by 20th & 21st century composers.

Voci Celesti was awarded Second Prize at Lutoslawski Forum in 2004 and was first performed by the Rubinstein String Quartet in Warsaw. The work has been recorded by the Kreutzer Quartet on a CD portrait released on Naxos 21st Century Classics series, and has received much critical acclaim.

A more recent work, Herkomman Aria for solo clarinet was also included in the programme, performed by the leading Czech clarinettist Ludmila Peterková, who gave the world premiere at 2016 Kuks International Festival in Prague.

Thomas Simaku gave a presentation on his music at Prague Academy, entitled From 1 to 100 (...and a few in between) focusing on his Soliloquy Cycle and Concerto for Orchestra - the winning work of the 2013 Lutoslawski Competition.