next Vespertine York event will feature an 18 speaker audio installation at the National Centre for Early Music." /> Skip to Content Accessibility statement

The next Vespertine York event will feature an 18 speaker audio installation at the National Centre for Early Music. 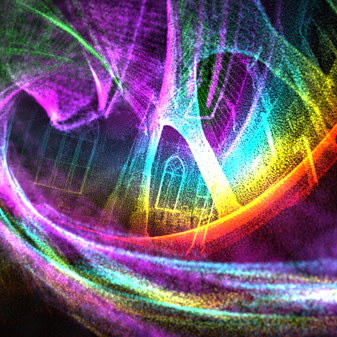 Devised by Jez Wells, the installation is part of an audio and video exploration of St Margaret's, the medieval church in which the NCEM is based. 'Zoom Through' is a collaboration between Jez and visual artist Annabeth Robinson. Both have worked with measurement data captured in the church: Annabeth using laser scans by AOC Archaeology to create a fantastical virtual reality tour of the church, Jez using acoustic measurements made by the Audio Lab research group in the University's Department of Electronics.

Jez's work disintegrates the building's reverberation into a myriad separately heard atoms, combining them with sustained and magnified resonances that will interact again within the church, changing both in time and space as listeners move around. In addition to the VR experience, Annabeth has created a visual response to the audio installation that will be projected directly into the space.  The main 'twilight' event takes place between 5.30pm and 7pm on Wednesday 19th October, with a families workshop between 4pm and 5pm and an artists talk from 7pm.