Reader of Music at the University of York, Robert Hollingworth, and his ensemble I Fagiolini, with pianist Anna Markland, have been shortlisted for the prestigious Gramophone Award (Choral Music section) for their CD 'Amuse-Bouche' of 20th century French choral music. 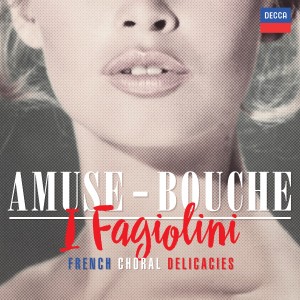 Containing world premiere recordings of Darius Milhaud's Deux poèmes (1919) and Jean Francaix's 12-voice Ode à la gastronomie, the CD also includes a passionate account of the rarely-heard masterpiece Les Cantiques des Cantiques by Daniel-Lesur (1953) and other works by Poulenc, Satie and Ravel.  In an exciting move for the music department, the Lesur was sung by a combination of I Fagiolini and eight advanced undergraduate and graduate students from the department.

"This represents a significant departure from our previous recordings of Renaissance and Baroque repertoire, but is music we feel a strong, francophile passion towards. As with all our recent recordings, we have found works outside the normal recording canon.”

The headline premiere is a previously untouched meal by Jean Francaix, a louche and humorous satire on the French attitude to dining, based on Brillat-Savarin's famous 1825 bible about food La physiologie du gout. To help the non-French understand a piece which seem totally out of synch with today's fast-moving society, I Fagiolini shot a film conceived by Hollingworth and collaborator John La Bouchardiere (director of previous Fagiolini projects The Full Monteverdi and Betrayal - a polyphonic crime drama).

The full track listing for the disc is: