Thomas Simaku's setting of Anna Akhmatova's poem 'Why did you poison the water' for soprano & cello will receive its world premiere on 7 March 2015 at Le Théâtre du Radeau in Le Mans, as part of the recital Voix et violoncelle XXe / XXIe siècles by Juliette de Massy and Rohan de Saram 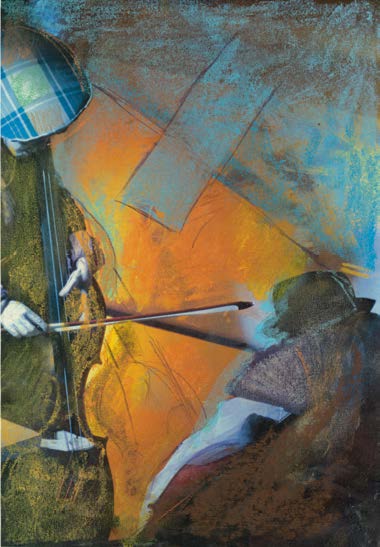 Akhmatova Song will be repeated on 8th March at the Centre d'Art Contemporain, Poncé-sur-le-Loir, in a programme which includes works by Xenakis, John Tavener and Ivan Fedele.

Of his setting, Thomas Simaku writes:

There is a 'resonance' in this poem - too powerful to be ignored and remarkably reminiscent of my home country - that struck a chord with me. My intention in setting it to music was to focus on the various levels of intensity here, but far from a 'declamatory' approach, the note of the 'musical outrage' is best described as being 'inward' and 'reflective', as if in 'solitary confinement'. The expressive tenderness of the melodic vocabulary - in both the soprano and the cello lines - as well as the overall suspense and the spatial quality of the song contribute to its lugubrious atmosphere. There are, however, some 'unexpected' vocal and instrumental outbursts that function like 'signals' in articulating the overall formal design of the piece.