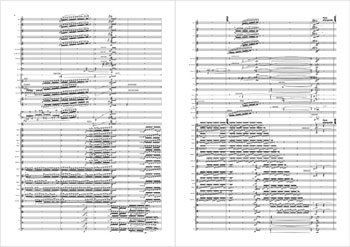 The work received first prize at the International Competition for Lutosławski’s 100th Birthday selected from 160 scores from 37 different countries.

The world premiere was given at the 2013 Warsaw Autumn International Festival by the Warsaw Philharmonic conducted by Rafal Janiak and broadcast live on Polish Radio.

Details of the programme can be found at http://www.rtve.es/rne/rc/programa/20150301 or you can listen to the piece from an earlier broadcast on Portuguese National Radio at http://www.rtp.pt/play/p593/e149827/musica-contemporanea.