Kerry Andrew has won two gongs at the British Academy of Songwriters and Composers Awards 2014 for in the Community or Educational Project, and Stage Works categories. 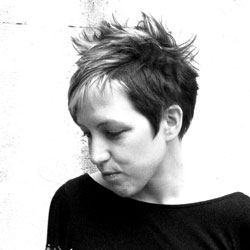 Kerry's Woodwose: A community chamber opera was commissioned by the Wigmore Hall for the Britten centenary and was performed by 140 diverse members of the Westminster community aged from 8 to over 80 alongside tenor Andrew Kennedy and Wigmore Hall Learning’s resident ensemble Ignite. It centres on the mysterious character Woodwose – Wigmore Hall’s very own wild man of the woods and was inspired by Britten’s well-known love of folk song.

The chamber opera Dart’s Love was commissioned by Tête à Tête and the initial inspiration came from Andrew’s love of wild swimming. The story, with libretto by Tamsin Collison, is inspired by the legend of the River Dart and floods in the South West in 2012/13.