Anniversary Reader, Robert Hollingworth, has been working on two projects with the BBC Singers. 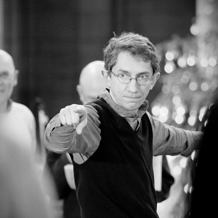 Robert has been directing workshops with the Hertfordshire Youth Choir and Berkshire Maestros (supported by the BBC Singers) on Purcell’s Dido & Aeneas ahead of live performances with St James’ Baroque in February 2013.

He has also been involved in a three day project for Radio 3’s Early Music Show to make premiere recordings of early 17th century Dalmatian and Croatian music by Cecchino, Lukačić and Skjavetić.