Thomas Simaku’s work Locked Door will receive its European Premiere in Switzerland on 11 September 2011. Entitled New Songs from Europe, the concert will be given by Christine Simolka (soprano) and René Wohlhauser (piano) at the Musiksaal QuBa in Basel; the programme includes works by, among others, Luigi Nono and Geörgy Kurtág. 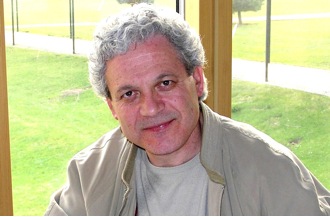 The Simolka/Wohlhauser Duo will also give the French premiere ofLocked Door in Paris in a concert scheduled for 2 October 2011 in Bateau Daphné, Quai Montebello, near Notre Dame.

Simaku’s song Locked Door is based on the poem of the same title by Visar Zhiti.  An Albanian poet who currently works in Rome, Visar Zhiti was imprisoned for several years for writing poems that the communist regime did not like. A number of his books are now published in English translated by Robert Elsie. Locked Door, which John Potter called ‘a great piece’, was first performed by Marja Liisa Kay and Mark Hutchinson at the 2010 York Spring Festival; this piece is also included in the UYMP latest publication ‘Songs for the 21st Century’. Liisa Kay described the work as follows:

“Thomas Simaku’s setting of Visar Zhiti’s haunting poem struck me as passionate and violent from the first moment it was given to me. His writing conveys a large range of emotions that a prisoner in Zhiti’s position might have dealt with –depression, rage, yearning, fear, defeat, compliance, hope, etc. The piano’s bright chordal figures illustrate the light of the sun through the barred prison windows, whilst the blurred opening gives a sense of the tricks the mind plays on those under such stress. Each word hangs heavy in the air, as if carved into the prison walls.”

Another work by Simaku, a2 for violin & cello, will receive its European Premiere at the 3rd International Contemporary Music Festival in Nicosia, Cyprus, on 16 September 2011, performed by members of the Moscow Contemporary Music Ensemble, Mikhail Bolkhovitin and Sergei Astashonok. This music was written during the composer’s DAAD residency in Berlin in 2007 and it is based on the idea of 'two things seen/heard as one'. In the programme note, Simaku writes: ‘Berlin made a profound impression on me. The remnants of the wall in Bernauer Straße and the cobbled two-stone line tracing the wall across where it once stood – a clear reminder that not so long ago there were two different worlds in one city – provoked a strikingly dramatic effect. Border, death-strip, killing, and escape to freedom had a particularly evocative resonance, especially of the time when I lived for three years in the small town of Permet in Southern Albania right at the border with Greece. There, there was a nameless road whose destination the authorities did not want you to know, but the locals called it the 'death-road’. In this context, but in no way programmatic, the extra-musical dimension of the principal idea is very much part of the piece. Here, the musical and extra-musical interpretations cannot easily be separated, for they are two parts of the same thing: a2. As if to add another dimension to this idea, there are two versions of this piece: for viola & cello and violin & cello. The first version was premièred by Garth Knox and Rohan de Saram at the 2008 Intrasonus Festival in Venice."

A number of Simaku’s works are scheduled for performance in the UK and Europe this autumn, including the world premiere of his String Quartet No 4 at Huddersfield Contemporary Music Festival performed by the Paris–based Quatuor Diotima.