Gaelic Influence in the Northumbrian Kingdom: A Focus on York 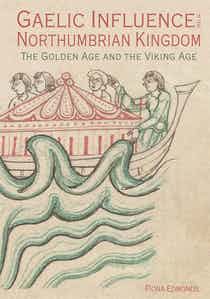 Centre for Medieval Studies Autumn term York Medieval Lecture
The early medieval Northumbrian kingdom stretched across much of the central part of Britain. To its north and west, it looked towards lands that were, or became, part of the Gaelic-speaking world. In her new book, Dr Fiona Edmonds assembles a wide range of evidence to explore links between communities and institutions in the Northumbrian kingdom and their counterparts in Ireland, Argyll and the Isles, the kingdom of Alba and the Isle of Man. These range from famous cases such as Lindisfarne and Iona to lesser-known movements of families and traders. In this lecture, Dr Edmonds will focus on the important urban centre of York, and assess its place in the wider web of connections.

Register in advance for this webinar

This lecture will not be recorded.