Centre for the Study of Working Lives: Background and Rationale

Work has long been a central topic of study in the social sciences, but in recent years dramatic changes in the shapes, forms, routines and dynamics of work have seen an explosion of interest in its new manifestations. Yet along with this interest in the effects of new technologies, globalization and financialization on how work gets done, despite the displacement of research on organizational cultures by work on identity, subjectivity and discursive formations, and despite the growing obsession with how emotions are and can be incorporated into the capitalist labour process, there is relatively little focus on affect, on the people who individually and collectively get things done and how they experience what they do, and on the importance that work has in their lives.

Marx recognized in his early writings the emotive significance of work, but the poetic impulse behind his understanding of the nature of “labour” was soon swamped by a much more functional understanding of the idea of “production”. Freud re-emphasised the importance of phantasy in relation to materiality, and the Frankfurt School addressed the confrontation between Marx and Freud in the context of the rise of mass consumption and production that neither had been able fully to anticipate, the Critical Theorists seeing a set of contradictions in capitalism only held together by ideology. After 1968 Deleuze and Guattari saw the challenge somewhat differently, exposing a complicity between both Freudian psychoanalysis and Althusserian structural Marxism, and the authority structures of capitalism. But in all this the workers, of all types, and their lived experience, emancipated or not, were undervalued and decentred.

Nascent social science at the beginning of the 20th century recognized the importance of understanding the workforce to the effective functioning of industry, and both Ford’s sociology department and R. E. Park’s Department of Sociology at the University of Chicago recognized the significance of the context and lifeworld of the worker to their performance, albeit with different emphases. Scientific management took a more reductionist view of the worker as functionary, and Human Relations theory, in the hands of Elton Mayo at least, sought merely to extend the project of Scientific Management by lending it more psychological and human sophistication, healing the workers that work and organizational experience damaged, rather than discarding them like broken parts. But with the participant observation studies of the Chicago School and the shopfloor studies of the 1950s, 60s and 70s in the UK, a legacy was established that has extended its reach to recent studies of elites, including Wall Street bankers and traders. Sociology, philosophy and anthropology have intersected in the the work of such thinkers as Garfinkel and other ethnomethodologists, de Certeau, and Lefebvre to link these organizational studies with microstudies of everyday life; work inspired by works such as Willis’s Learning to Labour connects this focus to broader elements of popular culture.

Historical changes in the nature of work have often been traced without any consideration of a bottom-up perspective, although debates about how history is written have given new emphasis to considerations of both narrative and theory. The history of the worker as a political force or actant over the past two centuries is a contested one, but the importance of power relations in the lives of those who work for a living makes reflection on political processes inevitable for any one who intends to consider working lives seriously. Recently Jacques Rancière has used historical research to argue for a reconsideration of the nature of the “intelligence” of the working class, and the essentially aesthetic nature of politics in its “partitioning of the sensible”.

The connection between history, politics and work-focused literary creativity could be no better illustrated than in the life of Upton Sinclair, whose exposé of the appalling conditions in Chicago slaughterhouses at the beginning of the 20th century led him into a long and prolific (though politically unsuccessful) career that spanned all three arenas, his political historical novel Dragon’s Teeth winning a Pulitzer prize in 1943. Sinclair both influenced and worked with Charlie Chaplin, whose Modern Times is perhaps the most enduring comic yet critical filmic reflection on the nature of work, with a legacy extending to Mike Judge’s 2009 Extract.

Philosophy has always had its place alongside politics and economics, particularly evident in the work of Adam Smith. Whilst right-wing think tanks are fond of evoking Smith in the name of a variety of neo-liberal positions, for Smith economic thought and moral philosophy were inseparable. In recent years, philosophy has made a major contribution to critical approaches to organization in providing a basis for contesting interest based assumptions in areas such as business ethics and corporate social responsibility, in particular in forcing a return to considering the human consequences of organized action.

Philosophy encounters psychology in cultural settings through the applied psychoanalytic approaches of such critical thinkers as Slavoj Žižek. In recent years management and organization studies, where psychoanalytic approaches have always had a presence if not always a political one, have experienced a renewed interest in the work of Lacan, exploring the effects of anxiety defences in the work of entrepreneurs, consultants, financial traders, retailers and everyday bureaucrats. These critical approaches have sometimes taken theoretical routes, sometimes empirical ones. Gender has been a particularly important lens applied in reconsidering both discursive and corporeal aspects of difference and their consequences through performance in discrimination and disadvantage, both theoretically and empirically. Furthermore, over the past two decades the importance of affect, the senses, and embodied experience have been asserted through increasingly aesthetic approaches; and there has been a resurgence of interest in reconnecting ethnography to a variety of experimental and sensuous methodologies for inquiry and representation, to reflect better the complexity, connectedness and intensity of human experiences of work. These approaches are by nature multidisciplinary, but need encouragement, advice and resources to make the right connections and collaborations – a space where boundaries are naturally blurred, where disciplines are recognized as enfolded rather than exclusive. This is one function that the Centre for the Study of Working Lives intends to provide. 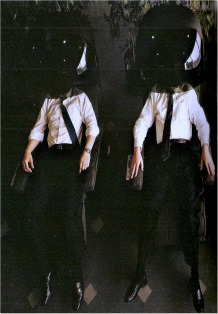