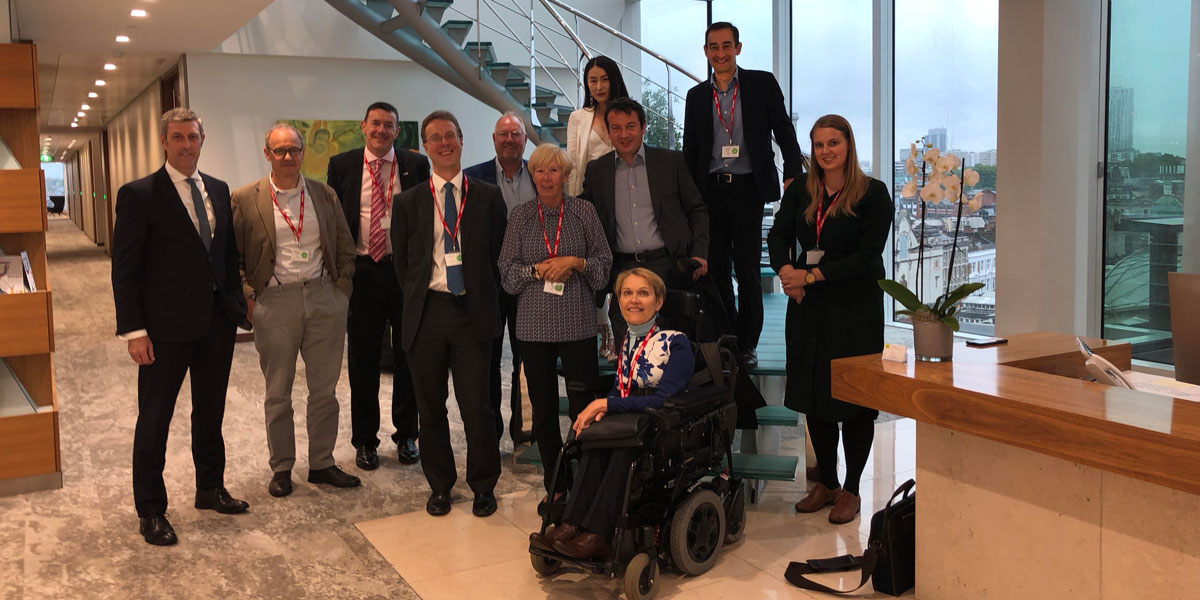 Our Advisory Board helps to ensure our work is relevant, timely and of high quality.

The board advises us on teaching provision, research opportunities, career needs and overall strategic direction of our school. 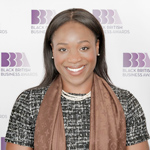 Abisola is a Global Trading Business Manager / Chief Operating Officer within Barclays’ Investment Bank: responsible for bespoke Trading desks of various expertise including cross-asset structured portfolios and holistic risk pricing management. As an empowered delegate for the Business Head, she shapes and executes long-term strategic change and economic decision-making while balancing Regulatory and Operational requirements. Abisola joined Barclays in 2013 on a Summer Internship, returning in 2014 on an 18-month Graduate Scheme. In her first permanent role post-programme, Abisola managed projects contributing to c. £95bn RWA reduction achieved by the Bank.

Abisola is a devoted diversity and inclusion champion, widely recognised in the Financial Services industry for her work. Her particular passion is ensuring the next generation are empowered and encouraged to be the best version of themselves, with the appropriate support and guidance they require early in their careers with minimal hurdles or obstructions to participation. A seven-time multi-award winning Young Professional, Abisola has been recognized by the likes of Financial Times, Yahoo Finance, The Telegraph and The Black British Business Awards. 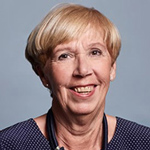 Professor Sue Cox was Dean of Lancaster University Management School (2001 to 2015) and remains actively involved with the School as Dean Emeritus. Under her leadership, the School was one of the few to achieve the accreditation ‘hat trick’ of EQUIS, AACSB and AMBA. She led a significant expansion of the School both nationally and internationally. Prior to joining LUMS, she was Professor of Safety and Risk Management and Director of Loughborough Business School.

Sue was awarded the OBE for services to social science in 2010. Amongst her academic recognitions, she is a Fellow of the British Academy of Management, of the Academy of Social Sciences and an Honorary Member of the EFMD. She has served as its Vice President (Academic). She is also a Fellow of the Chartered Association of Business Schools and of the Chartered Management Institute. Sue served as a member of the Strategic Research Board of the Economic and Social Science Research Council (2003 to 2007) and has acted as Chair for various of its grant awarding panels. She is currently an External Member of Sellafield Nuclear Site License Committee, a member of the Advisory Boards of several international business schools.

Her research is based in the major hazard sector (high reliability organisations) and in the behavioural, organisational and cultural issues in safety leadership, management and performance. She has published widely. 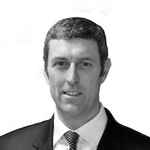 In response to regulatory concerns over concentration in the industry, Peter was appointed as the Hold Separate Manager responsible for leadership and separation of the global aerospace business from Marsh JLT, in which capacity he reported to the European Commission and its trustee. Peter subsequently led the divestment of all affected operations around the world, through a successful sale and integration into Arthur J Gallagher.

Peter has helped create one of the industry's leading aerospace insurance brokers. He has focused on developing and executing a growth strategy, as well establishing a new space risks team, which has demonstrated its capability by delivering numerous market-leading risk programmes to clients.

Peter began his career at Leslie & Godwin in 1985. After an intervening year at Crawley Warren, Peter returned to his former employer in 1994 – by then part of the Aon Group - where he performed roles including Chief Operating Officer and Senior Managing Director.

Peter holds a BA (Honours) degree in Economics and Politics from the University of York; he is a European Mentoring and Coaching Council accredited Executive Coach, visiting lecturer at the International Space University in Strasbourg and at the Katholieke Universiteit Leuven, and a Fellow of the Royal Society of Arts.

Peter has served on a Ministry of Justice appointed Independent Monitoring Board for a UK prison; he chairs the Boards of Hope for Justice, an international group of charities dedicated to ending human trafficking and slavery; and he sits on the Advisory Board for the University of
York Management School. 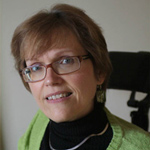 Alice Maynard is Director of Future Inclusion, providing strategic and governance advice to business in relation to inclusive practice. Alice is a Board member of HMRC and Transport for London. She is also a Director and Trustee of Milton Keynes Community Foundation, a grant giving organisation based in her home town.

Alice has held a wide range of pro bono roles with nonprofits and Government. These include: Chair of Scope, where she led the development of a new and ambitious strategic direction that capitalised on the turnaround she achieved and Scope’s strong reputation in the sector; founding Trustee of the Association of Chairs, a membership organisation that helps Chairs of nonprofits with their unique task; Chair of Swanswell, which she successfully merged with a larger drug and alcohol charity; and Chair of a guideline committee for NICE on social care experience.

Alice has an undergraduate degree from the University of York, an MBA from Ashridge and an Executive Doctorate from Cranfield. In 2014 she was awarded an honorary doctorate by the University of York, and won the Sunday Times / Peel Hunt Not-for-profit / Public Service Organisation Non-Executive Director of the Year. In 2015 she was awarded a CBE in the New Year Honours list. 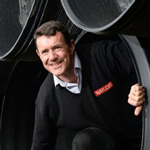 Edward Naylor is CEO of Naylor Industries plc, a fourth-generation family manufacturing business founded in 1890. Edward has fulfilled this role since 1993, having taken over what was then an indebted and loss making £12m turnover business. Prior to taking this role, Edward, a Cambridge University Modern Languages graduate (French and German) and double prize-winning Chartered Accountant, spent 8 years with City accountant Deloitte, developing particular expertise in Anglo-German business matters.

Naylor Industries plc today has £55m turnover, 5 factories (3 in Barnsley) and employs 400 people. Its principal area of activity is the manufacture of clay and plastic pipes and concrete products which are supplied to the domestic and international construction industries. Edward and his company have received a number of prestigious business awards including the EEF Winner of Winners Award (2015), Barnsley and Rotherham Chamber of Commerce Lifetime Achievement Award (2017) and the national EEF Leadership Award (2018).

Outside of Naylor Industries, Edward is a Trustee of Lighthouse, the Construction Industry Charity, an Entrepreneur in Residence (mentor) as part of the Connect Yorkshire programme, and a Liveryman of the Worshipful Company of Builders' Merchants. His hobbies include skiing and football. 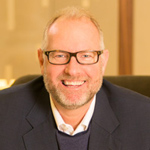 Philip is the Chief Executive Officer of Bridges Fund Management, which he co-founded in 2002 alongside Michele Giddens and Sir Ronald Cohen. Philip oversees Bridges’ investment activity across all its strategies and geographies. He chairs the Investment Committee and has overall responsibility for Bridges’ portfolio and exit strategy. He has personally led Bridges’ successful investments in The Gym Group, The Office Group, The Hoxton, Simply Switch and Viva Gym, among others. As CEO, Philip also focuses on leading and developing Bridges’ internal team, and directing the firm’s strategic growth. He is also a regular speaker about investing for impact and the value of purpose in business.

Prior to Bridges, Philip managed two venture capital-backed businesses and a substantial pan-European business. He previously worked at Aiwa as Director and General Manager and was then appointed Managing Director of MWB Business Exchange Ltd, a serviced office provider.  Philip has a BA Honours in Economics from York University and is a qualified chartered accountant.

Sunny Pahal is a Business Development Specialist, who works with entrepreneurs on growth strategies and implementation within their businesses. Having worked on business development within Dragons’ Den investor Sara Davies MBE company; Sunny also supports Sara with the investment process and portfolio management of ventures taken on through the Den.

Throughout her career she has held senior management roles within commercial environments, with a particular focus on new business and growth strategies. Having started her career within TV shopping, she has gone on to build a range of commercial experience across multiple channels at an international level.

Holding a Masters in International Business, Leadership and Management from the University of York, her research into improving the pipeline of BAME women in business, lead her to become an accredited coach, to help inspire others. Sunny also is a Non-Executive Director for the York Museums Trust. 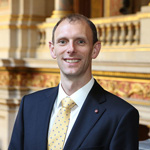 Paul Rennie is the Head of the Global Economy Group at the British Embassy, Washington DC, leading the UK’s climate and energy, economic and trade, and science and technology networks across the United States. Prior to that, he led the Foreign Office’s strategic transformation programme, focused on delivering a 21st-century Diplomatic Service.

Paul was born in Edinburgh and educated at George Heriot’s School, before going on to graduate with an MA in Economics and Politics (Edinburgh University) and an MSc in Economics (University of York).

He joined the Foreign and Commonwealth Office in 2001 as the first of a new group of Diplomatic Service Economists. He has served at the United Nations (New York), Brazil, India and Malaysia, as well as working on secondment to the Cabinet Office and the Department for International Development.

Paul is a professional economist, with a particular expertise in the analysis of emerging markets and the international education sector, presenting on the future of education at several international conferences. In 2019, he was awarded an Honorary Doctorate by Heriot-Watt University in recognition of his ‘expertise and contributions to the development and strategic positioning of UK education overseas’.

He was appointed Most Excellent Order of the British Empire (OBE) in the Queen’s 2015 New Year’s Honours List for services to UK-India relations. 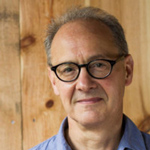 Chris has led innovation assignments for global corporations (like 3M, Abbott, AXA, Fresenius, GSK, Leo Pharma, Mars, Pepsico, SABMiller and Unilever), start-ups (like Cellesce, Snap Tech and Sugru), and for universities (including Cambridge, Kent, Warwick and York). With a background in physics, engineering and accountancy, Chris has spent 25 years working in design and innovation consulting.

He was Chief Operator Officer of Fitch plc working in the US and UK and MD of PSD Associates Ltd before founding Viadynamics in 1998. Chris is passionate about the role of change management, systems engineering and design thinking in driving breakthrough solutions to innovation challenges. 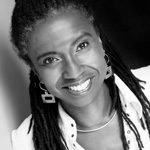 Previously, Danielle has held board directorships at Big Society Capital, regional NHS bodies as well as senior policy and research roles throughout the sector including the director of Policy and Practice Development at the Joseph Rowntree Foundation, senior research roles at the Commission for Racial Equality and the Law Society of England and Wales, and advisory roles to HM Treasury, the Cabinet Office and the Financial Services Authority. 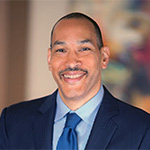 SSP operates more than 2,800 branded catering and retail units at over 180 airports and 300 railway stations across 35 countries as a concessionaire. It is listed on the London Stock Exchange and is a constituent of the FTSE 250 Index.

While living in Virginia in the US, Roger was on the board of the Airports Minority Advisory Council and on the advisory board for the University of York in America.

Roger has an MSc in Management from the University of York and an MBA from Warwick University.