Noma a much neglected tropical disease.

An event at the House of Commons calling for support for the recognition of Noma as a neglected tropical disease. 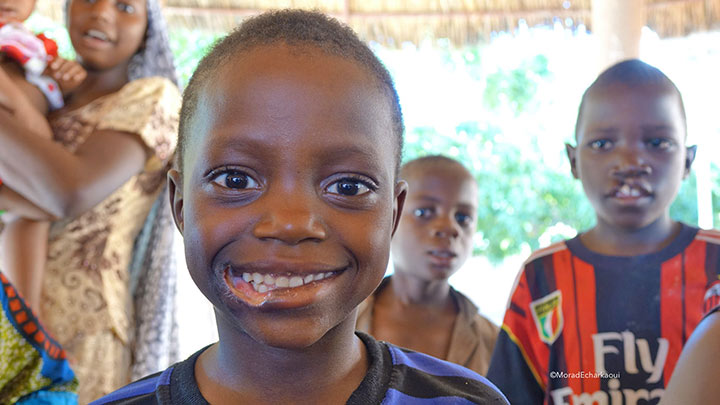 The University of York’s Centre for Applied Human Rights and the York Law School together with Médecins Sans Frontières are organising an advocacy event on noma on 20 December at the House of Commons. The event is supported by the All-Party Parliamentary Group for Malaria and Neglected Tropical Diseases.

Noma is a gangrenous disease that affects young children between two and six years old living in conditions of extreme poverty across Africa, Asia, and South America. It is a preventable and highly treatable disease, if detected early on. Noma starts inside the mouth and may spread very quickly across the face. If undetected, the disease often leads to the destruction of skin, muscle, and bone of the child’s face. It is estimated that up to 90% of children do not survive noma’s full onset. Those who do may carry the experience on their faces for a lifetime: survivors are known to encounter social isolation, stigmatisation, discrimination, as well as difficulties with speaking, eating, and seeing.

The event brings together advocates (Fidel Strub, Mulikat Okanlawon), humanitarian practitioners (Mark Sherlock, Claire Jeantet), and scholars (Ioana Cismas). It aims to raise awareness among Members of Parliament about noma and garner support for the ongoing campaign for noma’s formal recognition by the World Health Assembly as a neglected tropical

The University of York’s Dr Ioana Cismas has been involved in research on noma since 2009. Together with Alice Trotter (PhD student at the York Law School and the Centre for Applied Human Rights), she has led pioneering research on noma’s framing as a human rights concern and neglected tropical disease. Their findings have contributed to the technical dossier which recommends noma’s inclusion on the World Health Organization’s list of neglected tropical diseases.

All events at Westminster have been cancelled due to the recent death of HM Queen Elizabeth II.
This will be rearranged for a future date.