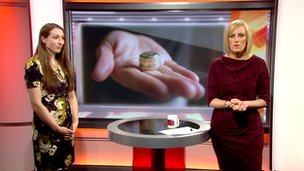 Dr Charlotte O'Brien was recently invited to interview, and appeared live in studio on BBC Breakfast, on BBC One, on the morning of 1 October 2014. She was discussing the annual rise in the national minimum wage, drawing attention to the shortfall between the NMW and the rates set for a 'living wage'. She also highlighted problems with unpaid wages and access to justice, as tribunal claims have fallen dramatically since the introduction of tribunal fees.